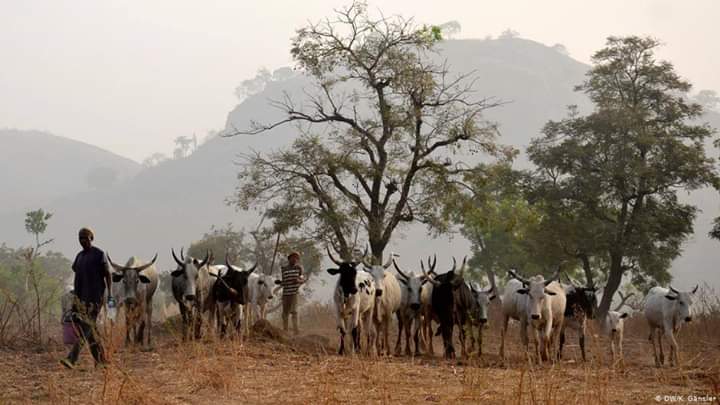 President Muhammadu Buhari’s Federal Government has failed to take the necessary steps toward bringing lasting solutions to the herdsmen killings that are taking place across Nigeria.

As an ardent Buharist, I have supported most of Buhari’s policies, but the RUGA settlement initiative has a hidden agenda that need decades to be fully actualized, and I strongly oppose it to be established in Benue State and other states that reject it. If some states decide to accept RUGA, they are free to do so but not in Benue State. However, any state that rejects RUGA must establish ranches for herdsmen to do their businesses in the state. It will be wrong for any state to deny Fulani herdsmen the right to do their cattle business in the state and any other person interested in cattle business. They can make an Anti-open grazing law that will help to regulate cattle and livestock businesses in such states. The law is not targeted at Fulani herdsmen but all herdsmen regardless of religion, ethnicity or political affiliations interested in doing cattle business in the state. On the issue of RUGA, I have taken a different position from most supporters of All Progressives Congress (APC) who support the initiative.

I commend Gov. Samuel Ortom for standing firm against RUGA settlement to be established in Benue; however, he should not politicize it and use it as cover-up for his abysmal and amorphous governance just like he politicized the Fulani herdsmen attacks in January 2018 and used it to win his re-election.

Many Fulani herdsmen attacks have occurred in Benue State and most parts of Nigeria, but the Federal government has failed to properly address the issue in a balanced way.

In communities where Fulani herdsmen attacks had occured, the Federal Government would have used the following conflict resolution strategy: condemnation, damage accessment, compensation, rehabilitatation, re-integration, reconciliation and dialogue for the way forward. But this process has been ignored.

The anger in the hearts of many Nigerians regarding RUGA settlements is that FG has given preference to Fulani herdsmen over national interest and unity by ignoring others in the same crisis situation.

If the Federal government claimed that it is bringing RUGA to end the killings, then what plans has FG for the families of those that have been killed by herdsmen and their destroyed communities?

If FG had condemned these attacks, had done damage accessment of the people killed and communities destroyed; had compensated the families of those killed; had rehabilitated the communities destroyed; had re-integrated those in Internally Displaced persons’ (IDP) camps into their respective communities; had reconciled them with Fulani herdsmen before discussing the way forward, most communities, won’t have kicked against RUGA and would have accepted it no matter the hidden agenda it might have. Unfortunately, FG failed to do the needful from the beginning.

Miyetti Allah on some occasions claimed that they attacked Benue State and other communities in retaliation for their cows that were stolen or killed by some members of the communities. The questions that follow are:
(1) Should innocent people be killed for the crime of one person or few people?
(2) For the Fulani herdsmen who kill others for stealing or killing their cows, do they report such to the traditional rulers of such communities and security agencies and nothing is done before embarking on attacks?

If their cows are stolen or killed, they should report to the leaders or traditional rulers in the communities including security agencies. If they fail to do the needful, that is when they can seek other ways to call for justice.

It is as a result of those who have been innocently killed and the negligence of the Federal government in arresting those responsible and letting them face prosecution that has killed the mutual trust and co-existence that would have be established between communities and Fulani herdsmen.

The Federal government said it is not planning to grab land in the states. That the plan is mainly for only the states that are ready to implement the RUGA settlement initiative.

FG claimed that RUGA will create nothing less than 2000 employment opportunities. That it will provide water for their animals, pasture, schools for their children, security, agro-rangers, etc.

As a result of the level of insecurity in Nigeria and the kid gloves handling of Fulani herdsmen attacks by FG, RUGA settlements will become breeding grounds for radical Islamic extremism and anti-Nigerianism.

Nigeria shares land borders with the Republic of Benin in the west, Chad and Cameroon in the east, and Niger in the north. Its coast lies on the Gulf of Guinea in the south and it borders Lake Chad to the northeast.

These borders are very porous and if RUGA settlements are successful established in the 36 states of Nigeria, the Fulani herdsmen in Niger, Senegal, Guinea, Mauritania, Mali, Burkina Faso, Ghana, Benin, Cote d’Ivoire and Cameroon will begin to migrate in uncontrollable numbers to Nigeria through the porous borders to occupy the RUGA settlements. In the process of this migration, Boko Haram, bandits and other groups of terrorists will hide under RUGA project and infiltrate Fulani herdsmen to creat more deadly terrorist networks that will turn RUGA settlements as breeding grounds for radical Islamic extremism and anti-Nigerianism which will lead to worst attacks in future and further put Nigeria in a divisive position.

The population of these RUGA settlements will grow astronomically in the future to a level that the Fulani herdsmen will start demanding for more land for expansion claiming that the RUGA settlements are overpopulated and if the host communities refuse any expansion, that will become another recipe for further crisis.

The Benue State’s Open Grazing Prohibition and Establishment of Ranches Law 2017 should be respected by the Federal government, herdsmen, livestock owners and all Nigerians the same way the Zamfara State’s Sharia Law 1999 and the Kaduna State’s Religious Preaching (Regulated) Law 2019 are respected.

Since the the Anti-Open Grazing Law is of the State and not Federal government, it will help to effectively check and appropriately document all herdsmen in the state interested in ranching since they must all register and be well identified, this will enable the state to watch closely the activities of every herdsman and if suspected Boko Haram or bandits are found among them or any herdsman pushing for violence is caught, such people or person, will be arrested and prosecuted under the law. But RUGA will not create the avenue for arrest and prosecution of herdsmen and others that might infiltrate them since the Federal government has shown crystal clear that it is not bothered about arresting and prosecuting any herdsman found guilty of any crime as the negligence of FG has been seen in all the Fulani herdsmen killings that have taken place.

It is Buhari’s negligence to take pragmatic and proactive measures on the issue of the herdsmen killings that has killed any imagination of the affected people and communities that RUGA is a good policy no matter how it is painted to make people believe that is has many benefits and will end the killings. To be candid, RUGA will not end any herdsmen killings, it will be a recipe for future crisis and a time bomb waiting to explode.

The Law does not deny Fulani herdsmen access to graze in the state. They are free to come to the state and do cattle business, nobody is denying any herdsman such rights, but must ranch their cattle under the law.

For peace to reign and the desired impact to be made, the Federal government must work in conformity with the desires of the affected communities or it will be recycling conflicts and creating breeding grounds for radicalism, extremism and anti-Nigerianism.

Things To Take Into Consideration When You Are Looking For A Partner
Once You Agree To Marry A Man Who Has A Wife Or Wives, Do Not Be Angry With Him If He Decides To Marry Another Wife After You
Nature & The Society Have Been Very Unfair To Women: The Bitter Truth
Any Man Who Is Having S3x With His Wife’s Mother, Sister, Aunt, Cousin Or Niece Should Stop Before It Will Ruin His Marriage