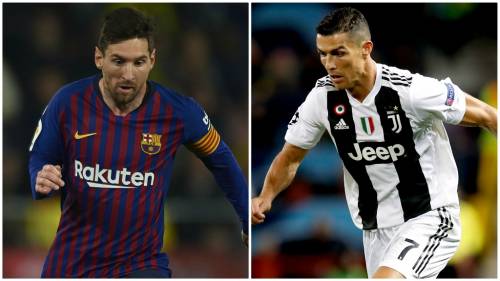 The duo have won five Ballon d’Ors each but Messi leads the race for European Golden Shoe this season with 34 goals in LaLiga this season while Ronaldo has netted 21 goals in the Serie A this season.

Diego said: “What I consider is that in a team with fewer solutions, Ronaldo is a better fit because he provides many solutions.”

“For a team which focuses on football, Messi is much better. We are talking about very fine margins of how a team plays.”

“Cristiano can decide a game in a different way, he doesn’t need ten attacks. He scored two headers against us and we were out.

“Both need a team but the differences are very small. Lionel, in an attacking team always plays better. The other [Ronaldo] can win a game in two actions, he simplifies the situations. Messi is mesmerising because he plays elaborate football.”

“Leo plays in a team that compliments all of his talent. He always ends up finding solutions.”

The debate on who is better between Ronaldo and Messi is a long-lasting one, as both players have refused to fade away despite passing the age of 30.

Messi is also at the top of scoring charts in the Champions League this season with 12 goals.

On his part, Ronaldo is enjoying an excellent debut season in Italian top flight after his move to Juventus from Real Madrid last summer.

He has carried the Old Lady to another Serie A title and the Portuguese legend has scored 28 goals in all competitions, 21 of them coming in the Serie A.

Both players recently reached the 600 goal mark in their club careers.

He said: “If I had to choose between Messi and Ronaldo then most likely I would choose Messi.”

INSECURITY: Nigerian Varsity Lecturer Kidnapped, Killed
Davido Exposes Music Video Director Who Accused Him Of Not Been Talented
Even If Offered €4.41million I Can’t Act N#ked In A Movie – Yvonne Nelson
We Did Not Arrest Chief Justice Onnoghen – EFCC
Messi 1 ronaldo 2