Rita Edochie Sends Prayer To Atiku On Her Birthday 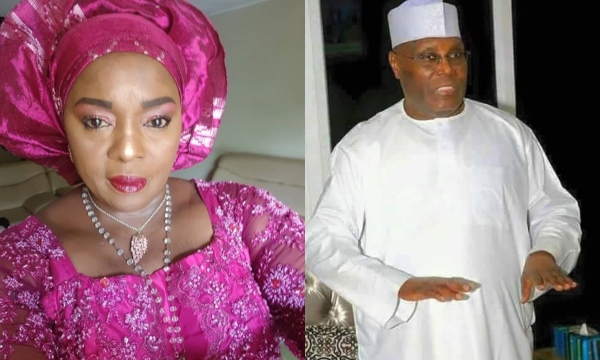 Popular Nigerian actress, Rita Edochie, is celebrating her birthday and she took the opportunity to pray for the
presidential candidate of the Peoples Democratic Party, Atiku Abubakar.

In her birthday message the actress prayed that the former Vice President regains his mandate at the election tribunal.

She stated that Nigeria after so many years of Independence, Nigeria deserves a good leader.

Rita stated that Nigerians should be worried about the state of this country, and she dedicted her birthday to Atiku. She further claimed that the hottest topic in the country is the presidential election which generated so much heat. She wrote;

“TODAY IS MY BIRTHDAY but i am not celebrating it???????, JUST MARKING it because NOTHING to CELEBRATE for. I feel that after so many years of independence, NIGERIA deserves better.”

“EVERY RIGHT THINKING NIGERIAN should be WORRIED about what we are PASSING THROUGH today. The last general elections were the worst ever in the history of this country, INEC had enough time and resources to give Nigerians a free and fair elections but what HAPPENED?”.

“The most CONTROVERSIAL is the PRESIDENTIAL election which is now generating enough HEAT. THE ONLY BIRTHDAY GIFT I NEED FROM MY NUMEROUS FANS ACROSS THE GLOBE IS PRAYERS SO THAT NOW THAT PRESIDENT BUHARI AND ATIKU ABUBARKA ARE HEADED FOR THE TRIBUNALS, LET THE TRUTH BE TOLD SO THAT THERE WILL BE PEACE AND HARMONY IN THE COUNTRY.”

“Therefore i DEDICATE my BIRTHDAY to my BOSS ATIKU ABUBARKA for the truth to be told so that he will RECLAIM his MANDATE @aatiku @jdabubakar @inecnigeria#PDP #Tribunal#RightThinkingNigerians”.