Pretty Mike Speaks On The Headquarters Of Beggars 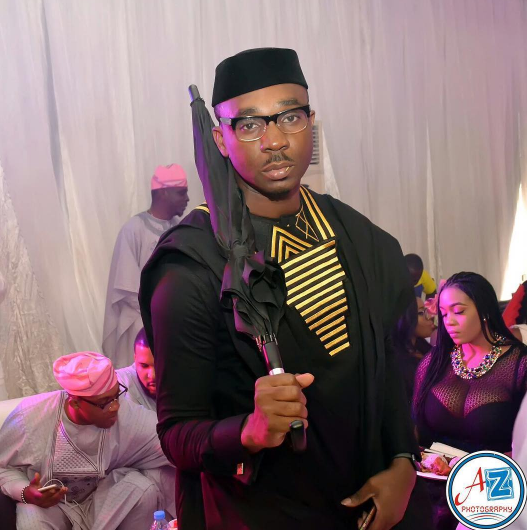 Popular Socialite, Pretty Mike, has reacted to a report of online begging which he stated has become a profitable business on social media.

In his statement, he stated that social media is the headquarters of beggars and everyone is guilty of this. Read his post below:

“Begging…..This is now a lucrative form of business and Social media is the current Headquarters.
Everyone is guilty of this one way or the other,even the rich and famous are not exempted from this list.E.g..my friend Mr. Jollof who successfully took his begging silks online and begged for a Car, in which he has since gathered millions toward it?..IG big girls and slay queens,Some Hold PHDs in sliding into Dms Begging Sliks..Sending of Acct details is almost on the same Level with saying Hello?…”

“Let’s not forget our Actors/Actresses, In fact, to become successful in Nollywood,u must have a Masters in Begging. Tope Solaja, Regina Chukwu, Amarachi Igwe, just to mention a few, can testify to how begging has helped dem in their career. Bobo toh Risky is also a beggar, her marketing strategy is one of a kind and should be a case study, the more she goes viral, the more she is talked about, the more donations she gets…Comedians?, their own form of begging is for u to attend their shows, E.g “UsheBeBe almost died at JowiZaza’ home when he came to beg..to show how serious he was, he entered the pool and almost drowned?, Note!! when mentioning Showbiz gurus, I think AY tops the list of Sophisticated beggars,are you aware he has a black book filled with the most generous chairmen in Nigeria and this list is updated quarterly,if you are an upcoming anything,just try and steal one page in that book,ur life will never be the same, we have plenty silent philanthropist in this country and that doesn’t mean Dey don’t have Someone Dey also Beg (chairmen Dey get Chairman), Dey just enjoy giving,Just throw the right format or use the right platform and its payday 4 u..You all have heard this phrase “SmallGirl BigGod” it simples means Dey have Begged into the right Office?.”

“That big boy you are eyeing on IG is also a beggar, its all packaging, Remember these line…Anything for me ? Make I send my details? boss bless me na !!,these are phases u hear almost daily and even our so-called area boys have all joined in the online battle of Begging…Begging has become a major part of our culture, so my advice to some of u, pls get creative in ur begging game.”