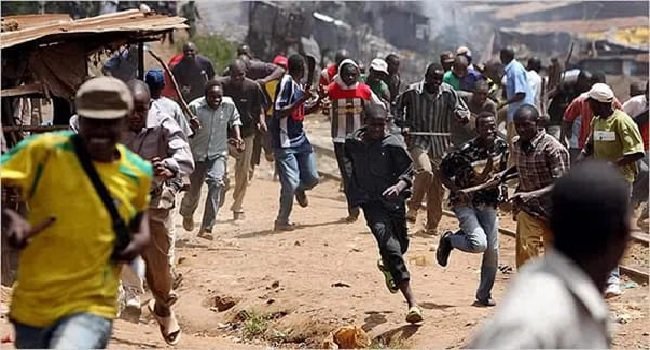 According to Daily Post, some thugs hired by politicians in Kaduna State has attacked journalists in the state during the elections.

The Saturday Governorship and the house of assembly elections also saw a staff of Daily Post, Amos Tauna injured.

The journalists who were busy carrying out their duty during the election were attacked and their phones, cameras and other personal belongings seized and destroyed.

The incident took place very close to Zonkwa Police Station in the state.

Mr Tuana, who managed to escape the deadly attack with wounds all over his body, complained that “Myself and a colleague from Radio Nigeria were attacked closed to Zonkwa police station. They took away some of our phone and other valuables.”

The newsmen revealed that they were attacked by the hoodlums because they were trying to record and report irregularities being perpetrated by the politicians and their thugs.