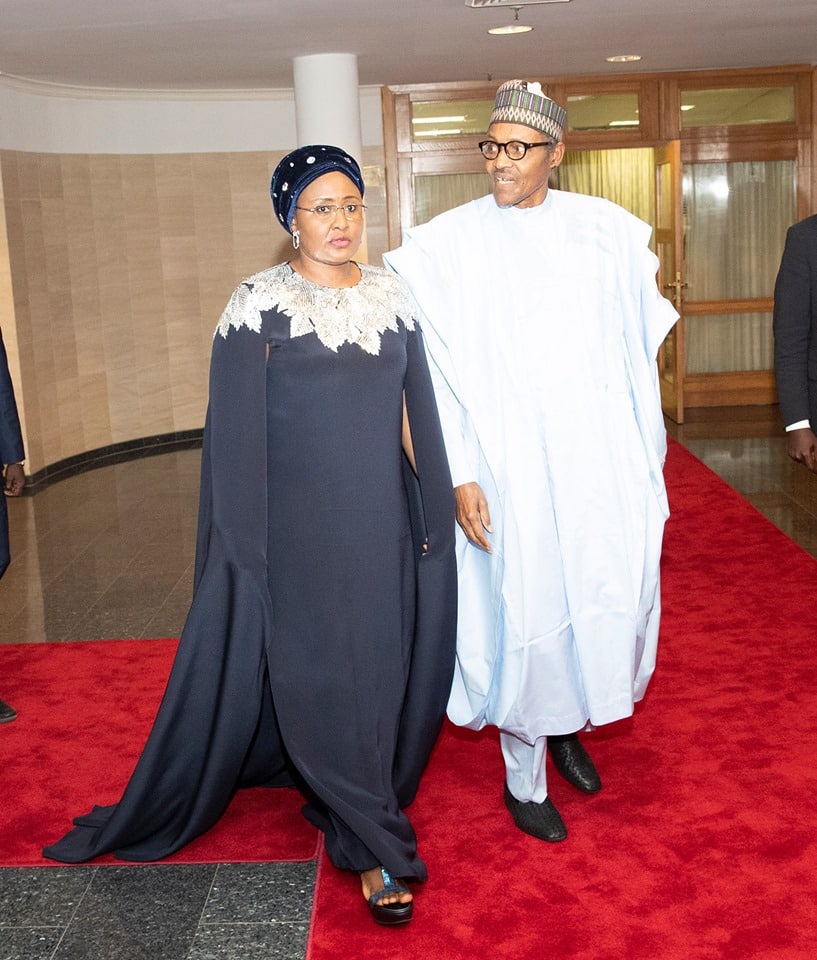 while many still believe that President Muhammadu Buhari,s family is not rich, the wife of the number citizen of the county, Aisha Buhari has continued to erase that mindset.

She was again captured on Tuesday in Oscar De LaRenta Cape Worth N772,200 during Democracy day gala night.

The presidency hosted some world leaders as well as top Nigerian government functionaries, to a gala night to commemorate the celebration of June 12th Democracy day.