Per the Deaths of 100 Soldiers, President Buhari Must Break His Shameful Silence 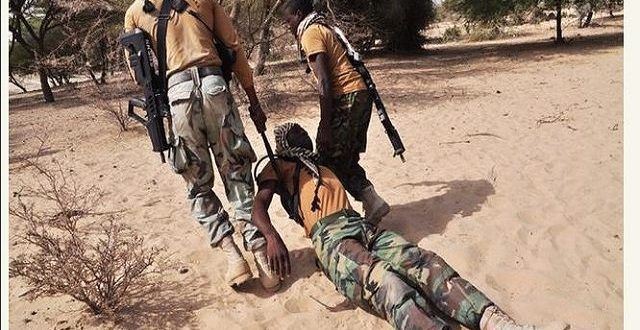 Yes, not too long ago, Boko Haram was decimated, but it was not destroyed. President Buhari had his Buh’s moment—“MISSION ACCOMPLISHED.” It turned out to be a mirage.

I believe that Boko Haram follows this trilogy—retreat, regroup, and retaliate: Right now, Boko Haram poses a serious threat to our fellow Nigerians, both civilians and our brave soldiers.

Forget elections, their lives matter, and I don’t care if some partisan people weaponize this post. When it comes to safeguarding lives and property, one of the central tenets of John Locke’s Second Treatise of Government, a responsible government must go above and beyond to actualize that objective.

Again, forget elections, their lives matter, and, if you are ignoring this horrendous massacre in the name of allegiance to Buhari, you have lost your moral conscience. Our brave soldiers who, despite being sent to the warfront with some “shitty ass” equipment, fought gallantly, but they were repelled and overwhelmed by heavily armed agents of darkness, Boko Haram.

These deceased soldiers were not mercenaries; if they were, their deaths needed not to be acknowledged by the State; however, they were patriotic soldiers of the Republic, and they deserve more than this shameful silence from their commander-in-chief, Buhari.

In saner climes, President Buhari would have faced the nation in a primetime broadcast, informing his fellow citizens of their (deceased soldiers’) heroic tales of bravery. My fellow Nigerians, because of their heroic sacrifices and selflessness, you and I are still alive, President Buhari’s opening statement should have mirrored that, but he chose to put politics over true leadership. Will-PDP-and-Atiku-capitalize-on-it thoughts clouded his judgment?

Listen, every nation fights a brutal war, and Nigeria is fighting her own right now; coincidentally, elections will be held in a few months, however, we shouldn’t play politics with our men and women in uniform. If our conflicted politicians want to be brutally calculative, seeing things from their partisan lens, non-conflicted citizens should, at least, have the courage to speak the truth on this foregoing issue, the massacre of our brave (poorly armed) soldiers by merchants of death, Boko Haram.

President Buhari MUST immediately summon his military commanders to an emergency meeting, and demand answers: They should explain to him how some supposedly “defeated terrorists” had enough firepower to deliver a bitter blow to 100 soldiers, sending them to their early graves.

Because I once worked for the General Counsel of the Michigan National Guard, the standard operating procedure in this matter is to launch an immediate investigation into what culminated into this operational failure. In the U.S., this is known as “Commander-Directed Investigations (CDIs) or AR-15 Investigations.”

Moreover, if Buhari’s commander had audited similarly situated events at this particular base in question, this unfortunate outcome would have been prevented, but they never did; however, they reinforced past failures—sent these poorly armed soldiers to the same chokepoint, only for them to be ambushed.

President Buhari must act now and breach his self-imposed silence on this serious matter.