PDP Will Be Shocked During The Supplementary Election – Ganduje 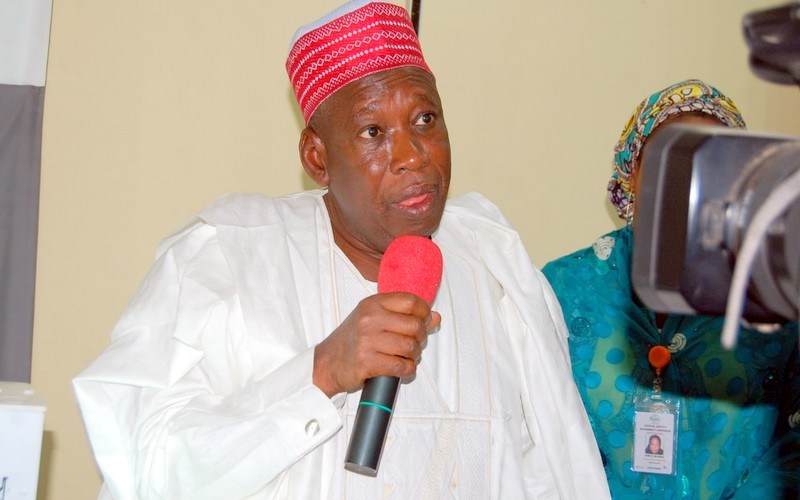 Ahead of the supplementary governorship election in Kano State, the state Governor, Abdullahi Ganduje, has claimed that the Peoples Democratic Party will be shocked during the election.

The governorship election in the state was declared inconclusive by the Independent National Electoral Commission due to an allegation of irregularities in Nasarawa local government area.

Ganduje who spoke through the Commissioner for Information, Youth and Culture and Chairman, Publicity 2019 Election, Malam Muhammad Garba stated that his victory in the state was guaranteed.

He stated that the local government areas where the rerun will take place are APC stronghold.

“Ganduje is unperturbed by the wishful thinking and slapdash deportment of the PDP candidate considering what happened in the inconclusive election widely characterized by alleged vote buying and voter intimidation by the party.”

“The All Progressives Congress and its candidate remain upbeat and sure of victory as Kano remained an APC state.”

“The governor assured he remained committed to the conduct of the free and fair election, stating all loopholes that led to rigging, vote buying and intimidation of voters have been blocked.”

“APC as a party has also re-strategised and very confident of victory because the local government areas where the rerun will take place remain the APC stronghold and the electorate in these areas have made up their mind to vote massively for the Governor they trust.”

“The modest achievements recorded so far by the Ganduje Administration have touched the lives of the people in all sectors of development and also remain determined to continue if returned,” he said.