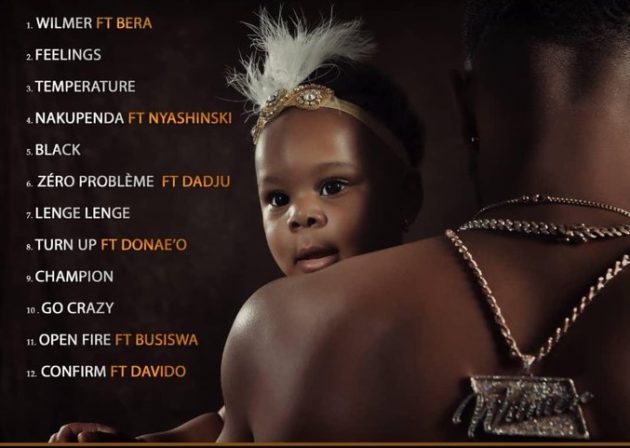 Patoranking, has unveiled his fourth and upcoming album ‘Wilmer’.

The 12-song album, which is expected to be officially out on May 24, features six music superstars including Davido, award-winning singer.

“I’ve put my heart and soul into this Album. Wilmer has purely been a blessing and I hope this project encourages you, motivates you and blesses u,” the singer wrote on Instagram.

“The journey hasn’t been easy but we are thankful for where we are headed. God bless every single one of you and everyone who has been a part of this masterpiece.”

The reggae-dancehall artiste, who had on May 1, shared his album cover art, penned a poem dedicating the forthcoming album to his daughter.

The cover art featured his wide-eyed daughter dressed in regal apparel and sitting against a black artistic painting.