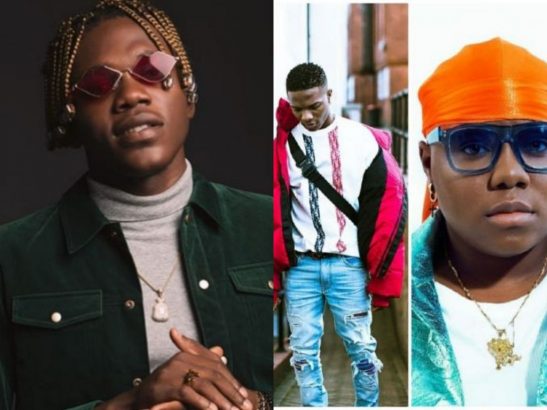 Superstar singer, Wizkid and Teni has been dragged out on social media after a Nigerian singer, Official Bad Boy Jp claimed that the duo are about releasing a song that belongs to him.

In his statement, the singer stated that the song which is yet to be released was given to them by a former producer at his record label.

“Pls people one of my favorite music idol @wizkidayo & the talented @tenientertainer are about to release a song that I cracked my head & put in massive work in the studio to creatively compose with my then producer @northboitheoracle who was hired and paid fully by my label @ubrecordsltd as our in house producer.”

“This song in question is one of the many songs that our then in house producer @northboitheoracleproduced for me and yet he went contrary to his agreement with my label to send both the beat and my vocals to @wizkidayo which inspired our superstar to collaborate with @tenientertainer and is even about to drop the song, which I plan to release after my next single featuring Wande Coal which is about to drop next week”

“Pls I know @wizkidayo is a giant with millions of fans, but pls I need Everyone to help me beg @northboitheoracle @wizkidayo & @tenientertainernot to go ahead and do me wrong like this, @wizkidayo has given us so many hits in the past and so I believe he can still creatively think up a song & beat he can own 100%. As you all can see am coming out less than 24hrs he dropped the snippet on his Live Story without waiting for him to drop the full song so that his fans won’t accuse me of being the one that copied our LEGEND”