Nwoye Speaks On Next SGF Been Appointed From South East 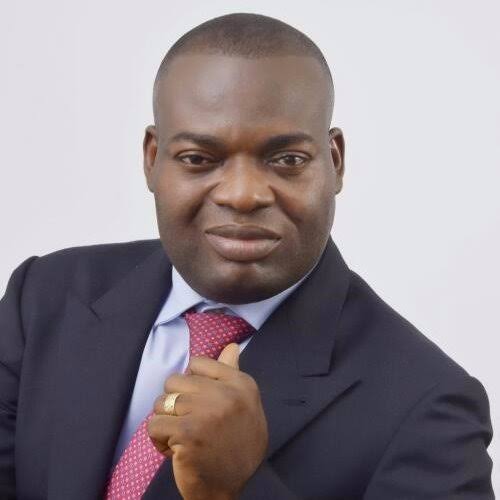 President Muhammadu Buhari has been called on by Tony Nwoye to appoint the next secretary to the Government of the Federation from South East geopolitical zone so has to sell the All Progressives Congress to the people of the region.

The former governorship candidate of the party in Anambra State stated this while speaking with newsmen at the launch of his 2019 Free Medical Outreach at Nsugbe in Anambra East.

No fewer than 700 indigent people of the area benefited from the health sceme of the lawmaker representing Anambra East and West in the House of Representatives.

He stated that appointment for some from the region will help market the party in the geopolitical zone.

“We deserve the post of Secretary of Government of the Federation or the deputy senate president,” adding that the bane of APC in Anambra State and South East in general was lack of altruistic leaders.”

He stated that is why the party did not perform well in the region during the general elections.

“the South East deserves the position of SFG or the deputy senate president.”

“Igbo are critical stakeholders in the Nigeria project. And knowing Mr. President he will not fail to give this to us. He is a man with a large heart.”

“He would not say because our people did not vote for him, that he will not give us what is due to us. If we get SSG, it will help to market APC in this part of the country”.

“Our party is not moving forward in Anambra because we, the leaders are selfish and self-centred. Good leadership begets good followership.”

“How can someone call himself a political leader and in an election he cannot deliver his polling booth to his party?”

“In all the elections in 2019, APC came last.This calls for sober reflection. How can we not be proud that we are APC members?”

“What is the essence of belongings to a political party when you cannot win election in that party? I want to help rebuild APC because I want to run for election in the party.”

APC Rejects Governorship Election In Benue State
Seriake Dickson Calls For Cancellation Of Election In Some Part Of Bayelsa
PDP Accuse APC, Presidency Of Being Desperate To Remain In Power
Nigeria Votes: APC Has No Governorship Candidate In Enugu – INEC
APC 65 Tony Nwoye 1