Nigerian Singer, Iyanya Speaks On Why He Joined Mavins Records 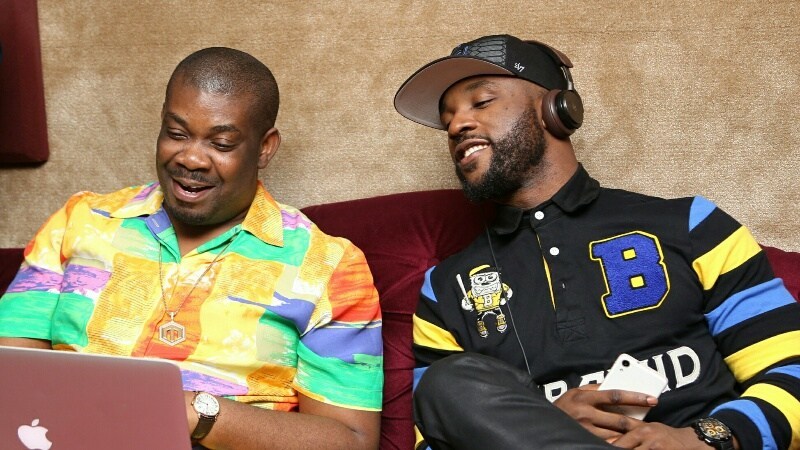 Award-winning Nigerian singer, Iyanya recently during an interview with the host of Juice on Ndani TV, Bolanle Olukanni spoke about his disagreement with Ubi Franklin.

During the interview, he also spoke on how he joined Mavin records and his relationship with Freda Francis.

When he was asked why he left the Made Men Music he said;

“When I said it was darkness, I was not myself anymore because I felt like there was no trust anymore. Because at the time I was singing I co-owned Made Men with Ubi but I later realized that my name was not in any of the forms I signed and I was broken and that was the beginning of me just saying to hell with everything” he said

When asked on why he joined Mavins after leaving Made Men Music, the singer said;

“Mavin was … shout out to Jazzy… Jazzy gave me that platform to put music out because I left Made Men and I didn’t want anything from Made Men, so Jazzy just said look, man, you’ve built something over the years and starting all over is not going to be as easy as you think, so just put out music from here and work on something. So people really thought I signed to Mavin but it wasn’t like a legal signing, it was just love. And then Temple Music came, when Temple music came, I love the vision, I love the dream and I was like Okay, let me try this, and that was when I released “Up To Something,” “Hold On,” I mean,“Good Vibes. And after that, it was time for me to move, because I felt like I got to the point where I have to put out my own thing, have my own family, have my own team”.

“That was healing for me, that was the best time of whole situation I was in, that was the best moment because Jazzy just opened his family and said look, you’re one of us and everybody just showed me that love coz it came from Jazzy. So from Jazzy to Tiwa, to Baby Fresh to everybody, it was just love and that really gave me life because, to be honest with you, I was broken. Like I was broken!” he said

On his relationship with Freda Francis, Iyanya said;

“It was a great experience. Freda was amazing, a blessing to me at the time. However, when you go public now, everybody now owns the relationship. I just got to the point where I could do more. I was not done with my music. Being in a relationship was not distracting but I believe she was ready for marriage because she is very intelligent and doing well for herself. No disrespect but I am not the kind of guy that wants to be with a woman because she is doing well and then I forget I have my own goals. It was a way for me to sort my life now”.

While speaking on the music industry, he stated that many people are planning to frustrate him in the industry