Nigeria is that “superpower with no power” – Oluseun Onigbinde, Co-Founder and CEO of BudgIT 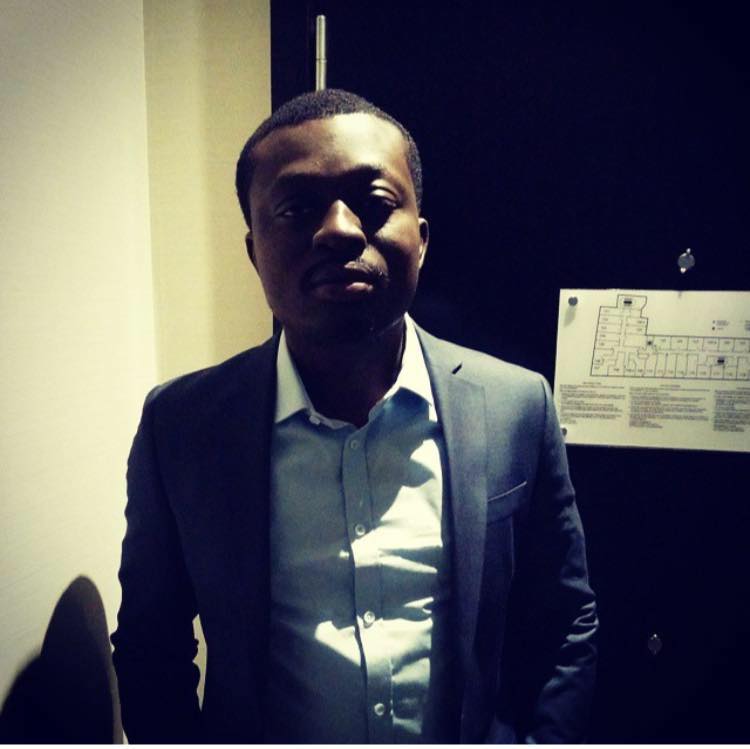 It’s clear to anyone who wrangles data that Buhari won when random results in NW, after three election hours, showed large margins.

So what was the purpose of that din of Kwankwasiyya? However, I believe he’s the heir to the Buhari throne.

For an Atiku win, he has to show up in NC with great margin or close up NE but that didn’t happen.

I already spoke to close friends that it was mathematically difficult for Atiku to win.

In fact, when I speak my assistant, I talk to him like we are in Buhari’s second term.

He’s always telling to back up that elections have not been held.

I won’t vote Buhari for the second term but, sadly data has no regard for my feelings.

Buhari has been pulling 12m votes since 2003 (except 2007 of Maurice Iwu fame) and from where? The North of course.

This is why Akala is the swing element in Oyo politics.

Anything within his perimeter is locked to his interests.

Not because he offers the majority of votes, but he delivers in Ogbomoso bloc votes.

What I am uncomfortable with is how some folks in North are deriding South West for weak margin.

Yes, the observation is valid but if you know South West, they have a short honeymoon with politicians.

Only Tinubu has been immune and let’s pin that a deep pocket, entrenched grassroots network, doses of thuggery, recent resort to ethnicity, dynamism within his party and plurality of Lagos.

Who drives two bullion vans into his house on eve of elections and defends it with his chest? But Otoge is the end of all man.

Saraki has been told to find honest work and pay taxes. I agree to such reset.

In our faces, Mimiko was worshipped as next beyond Agagu and brought low. Add Ajimobi, Ladoja, Fayose, Daniel and even dodgy (remote control) escape of Aregbesola etc., SW doesn’t like being held by the jugular. Look at the exit and return of Adetunmbi, Fayemi, Bamidele, it’s about times and seasons.

Buhari didn’t need SW for margin, it was more for the diversity of his votes.

More pressing is the issue of deriding Northerners, their numbers and how they voted.

Please face it, North West is responsible for 60% of Nigeria’s population growth and we rather face it as well as plan with it.

A more urgent solution is to demand a central ID system.

Isn’t that 72m registered voters not exaggerated? Every Nigerian needs a single number to be identified with.

All the current half measures of merging databases won’t work.

You need to start from zero and build up.

We can also start having a conversation on an electoral college system.

The same way in the FAAC allocation formula, a certain percentage is guaranteed for the state before population, we can do that too. For example, all states get 10 votes and you get more based on population.

This does not resolve electoral integrity that worsened in 2019.

You can see how those who we thought were pro-democracy heroes were the one who abused democratic norms.

They disrupted voting in areas the opposition has strongholds.

If you live long enough, you see your heroes turn to frauds.

Finally, look at how every state returning officer flew down to Abuja to read results.

In 2019? This is an unfortunate spectacle and waste of national productivity. I am ashamed of this “pre-historic” behavior.

Truly, Nigeria is that “superpower with no power”.

Let’s work that no such thing happens again.

I have charged by BudgIT team and we will be seeking allies.

Good News For Workers As PDP Governors Confirm Readiness To Pay N30,000 Minimum Wage
Trump speaks on who to replace Theresa May as British Prime Minister
I Am Dangerously Wealthy, I Am Rich – Bishop Oyedepo
BMO Accuses Atiku Of Trying To Destabilize Nigeria