Morgan Freeman: The key To Staying Young Is S3x 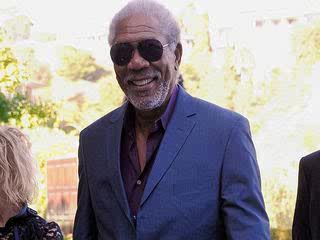 Morgan Freeman says s3x keeps him young.
The 77-year-old actor – who has been divorced twice – feels a healthy libido is the key to feeling you thousands as he often has women younger than him complimenting him on how sexy he is. Quizzed how he’s remains so youthful, Morgan answered: ”(expletive).”

He continued: ”If you can get enough of it, it keeps you young. It’s all about your attitude towards you, isn’t it? So if you’ve got enough of the opposite s3x telling you you’re sexy, and proving it to you, you’re never old.”

READ ALSO: See What Beyonce and Rihanna Were Caught Doing

The ‘Lucy’ star also believes it’s important to play hard to get with the opposite s3x and allow women to ”come to you”.

Morgan explained: ‘‘I really think the secret is don’t chase them. They’ll come to you and when they’re coming to you, you’re going to say, ‘OK, cute.’ Don’t try to get noticed. If you’ve got to work to make them aware of you, it’s probably a mistake. You go into a bar and walk up to a woman and say, ‘Haven’t we met before?’ or some (expletive) and she looks at you like [she’s disgusted].”

The Hollywood icon has enjoyed a fruitful movie career – including numerous Academy Award nominations – and says his life has only got better with age. He enthused to ShortList magazine: ‘‘I thought when I was in my fifties that I was in my prime.

Life was going along a smooth sea with a brisk wind at my back. My forties were exciting because my career was moving ahead with really terrific things going on, so it would see that you are just headed into the best part of life.”

Sylvia Anyanwu Shares Her View On Marriage
Controversial Monarch, Oluwo Of Iwo Involved In Alleged S3x Scandal With Cleric’s Wife
Adesua Etomi Celebrates Banky W As He Turns A Year Older
Ciara lashes out at Us Weekly magazine on Twitter over story