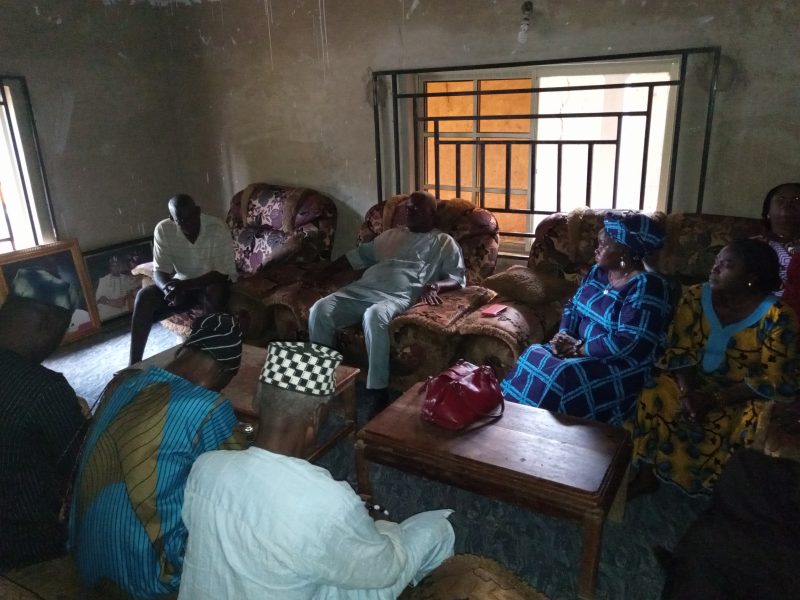 The former member of the House of Representatives for Vandeikya/Konshisha Federal Constituency of Benue State, Rt. Hon. Mrs. Dorothy Mato yesterday visited Mbaduku community in Vandeikya LGC of Benue State to appeal for peace and console the families of the victims of the communal clash between Mbaduku and Obudu in Cross River State.

Tyoor Nyumagbagh, Chief Charlse Uzuativ in Mbaduku welcomed Hon. Mato and her entourage to his palace. He was glad for the care and concern shown by her by coming to console them and sue for peace.

Hon Mato while addressing Tyoor Nyumagbagh and other elders from Mbatyough and Nyumagbagh districts at the palace including some community members said when the crisis began, she was informed of it by Chief Uzuativ but was not available to come immediately.

She appealed to Mbaduku and Obudu communities to always live in peace so that they can promote the togetherness needed to bring development to their respective communities. She stressed that inter-tribal marriages have been going on between Mbaduku and Obudu so crisis should not be allowed to continue to destroy the good relationship that exists between them.

She donated cash sums to offset hospital bills of the victims of the clash who are in various hospitals and for the funeral of those who were killed in the clash.

She commended the governors of Benue State, Samuel Ortom and Cross River State, Prof. Sen. Ben Ayade for their intervention into the clash so that it did not escalate to a worse scenario.

As a mark of good neighbourhood, Hon. Mato drove with her entourage to Gakem in Cross River State where she interacted with people of the area and appealed to them to be advocates for peace and oneness at all times.

Atiku Abubakar Arrives Washington DC For A Meeting With US Government Officials (Photos)
Organized labour reject N27,000 Minimum Wage, warns Buhari
EXTRA JUDICIAL KILLINGS: Learn How To Behave With Police
Check this before stepping out: Rain to fall across Nigeria on Tuesday