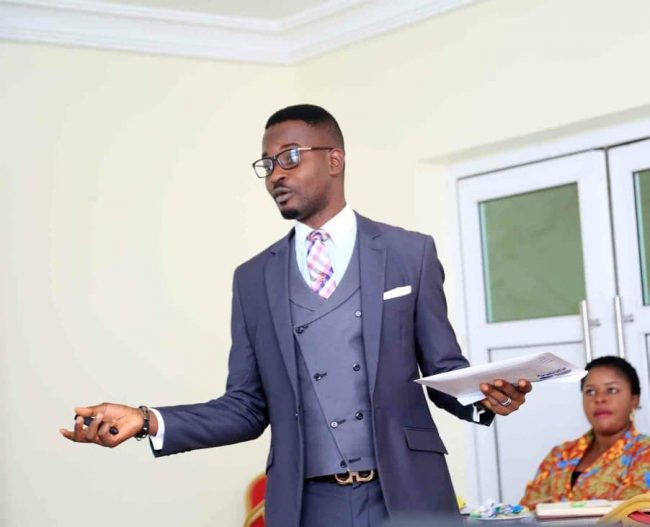 As a man if you marry the wrong lady, you will experience hell on earth.

The best thing that can happen to any man is to marry a good woman.

Like my mentor Ubong King usually say, “when God wanted to bless Adam, he didn’t give him a Range Rover, nor a mansion in Banana Island, nor a yatch in Dubai. He gave him a wife.”

Being a man is not easy.

The battles that a man faces are numerous and not many men survive them.

Hell’s fury is unleashed against the male seed.

Pharoah went after the male seed, Herod did the same even the dragon attempted to kill the seed of the woman in the book of Revelation.

Statistics reveal that most women usually live at least 15 years longer than their husbands.

That’s why we have more widows than widowers.

With the odds against you, you can’t close your eyes and walk into fire by yourself.

Guys if you want to live long, don’t get emotional in your choice of a spouse.

Please think twice before marrying a woman with all or any of these qualities:

Ideally, the man is meant to mentor his wife.

He is called a brideGROOM – that means he is meant to groom his wife.

Most likely, there will be lots of knowledge gaps between you and your wife when you two meet.

You will have to teach her alot of things personally, via paid training programmes and exposure to mentorship.

It takes humility to take the posture of a learner.

A woman with a proud heart will frustrate the living daylight out of you.

She will keep telling you, “this is who I am. Take me as I am if you truly love me.”

This can be very frustrating especially if you are a man given to constant self-improvement.

If not checked a time will come when she can’t get into your world intellectually and possibly spiritually.

That’s how many couples have become mere roommates and bedmates.

2. A woman who puts you under undue pressure to impress her

If you can’t truly open up to the lady you want to marry about certain key issues in your life, like your finances you are entering a wrong bus.

If you have to start speaking phoneh that’s not in your mouth because she’s around.

If you have to borrow your friend’s car because of her or even borrow money to impress her; get ready for a life of loneliness.

I remember some years ago in Warri, a young man was caught stealing cash from a supermarket on Valentine’s Day.

He confessed that he wanted to use it to give his girlfriend a Valentine treat.

Sadly, the merciless mob set him ablaze. What stupidity!

One way you know a woman who is your blessed wife, is you won’t be under tension in her presence.

Even if she had lived in a palace all her life with her father, she will stoop to your level and help you rise above the dust.

I have seen several women who were far richer than their husbands when they met.

Some of them started their marital life with the woman’s properties but some years down the line, the men emerged.

3. A woman of instant gratification

What we are exposed to on Social Media hasn’t made life any easy.

They don’t understand the honour of being a part of the making of a man.

That’s why at the slightest provocation, some of these men will fling their luggage outside.

I remember a lady I was engaged to some years ago.

She met a certain guy in a public vehicle, they got talking and maybe became friends.

She told me about the guy.

That was fine by me.

I don’t police a woman.

I have never had the habit of checking a woman’s phone to see the men toasting her.

I’m too busy and secured for such childishness.

Few weeks later, she told me how she gave her account details to the guy and he transferred some tens of thousands to her.

I was pissed seriously; not for insecurity but you can’t meet a guy this week and by next week you are collecting money from him already.

I tried to explain to her the need to uphold her dignity as a woman.

That sometimes you can be hungry and reject some offers just for dignity.

Moreso, she wasn’t from a poor background where things were so bad.

I told her, I wanted to be sure any woman I marry will be able to teach my daughters the virtue of contentment and delayed gratification.

That statement caused seriously wahala as she interpreted it to mean that I said she can’t raise a daughter.

Eventually one thing led to another and we had to go our separate ways.

According to Dr. Murdock, if you can master your reaction to a gift from your husband no matter how little, he will go out of his way to give you much more.

But some women are hard to please.

They are always comparing the gifts you present to the gifts some other men with bigger means give to their wives or girl friends.

Nothing kills the giver in a man like an ungrateful woman.

Some years ago, I went out of my way to buy a pair of shoes for the same lady I mentioned above.

It was during Christmas period, so inflation had taken effect.

I had never done such before; I had to snap different shoes and send to a female friend of mine via BBM to help me in selecting a good pair.

When I presented the shoes, she was excited but few weeks later when we started having the issue I mentioned above, she said, “my friends and I checked the shoes you bought for me and saw they were Dubai product.

I don’t use Dubai shoes, I use only U.S and U.K. Immediately she said that, instantly the joy I felt for buying her shoes disappeared.

My dear man do you want to live long?

Do you want to escape the untimely death that killed your father?

Do yourself a favour, totally avoid a quarrelsome woman no matter how much you claim to love her.

The greatest need of a man is not food, neither is it sex.

A man who is not god-fearing can get that from outside.

A man’s greatest need is PEACE OF MIND!

Men are constantly in unending battles.

The devil knows that once he can cripple the men, he can take the family system hostage.

You don’t understand the authority of a man!

There are battles men face even internally that they don’t have the words to explain.

That’s why you will find some men so quiet and lost in thoughts.

Trust me, the male seed (especially the godly ones) are endangered species.

I suggest that every woman who truly cares should read TD Jake’s book titled ‘HE-MOTIONS.’

In that book, TD Jakes did a good work to tell women what their husbands can’t tell them.

Nothing demoralises a man like facing battles at work, in the ministry, in business and in the society and return home to more battles by his wife.

This has driven many men to adultery, alcoholism and all sorts of sins.

Some men simply ran away from home and never returned.

Every man needs a haven to lay his weary head.

That is how Delilah got Samson.

Samson was literally exhausted from the numerous battles he faced from the Philistines.

Delilah gladly offered her bosom to Samson; in the end Samson lost his ministry and his life.

If you don’t intend to find succour between the breasts of an harlot tomorrow, avoid a warlord.

In Warri we call them Egbe Wedgers!

This is not exhaustive.

Others basic things like being god-fearing are in the pack but these are the burning ones that came to my heart.

I wish every single brother favour on this.

In the end, the Bible says a good woman is a gift from God.

You need God to sort these things out.

You can never be too smart.