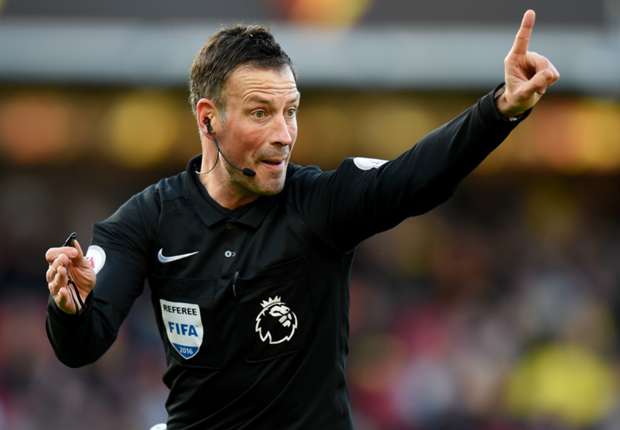 Popular referee, Mark Clattenburg, while reacting to the victory of Tottenham Hotspur over Manchester City in the UEFA Champions League quarter-final second leg lauded the match officials decisions during the match.

Manchester City was edged out of the Champions League despite winning 4-3 at the Etihad, having lost 1-0 away to Spurs.

DailyMail quoted Clattenburg as saying, “The officials were right to disallow Raheem Sterling’s stoppage-time goal for Manchester City – and this was a great night for VAR.”

“Replays clearly showed that Sergio Aguero was offside when the ball deflected off team-mate Bernardo Silva and into the striker’s path.”

“The assistant referee was right in keeping his flag down and waiting for the review, as he may have thought Spurs midfielder Christian Eriksen played the ball straight to Aguero.”

“However, it clearly touches Silva on the way. Some may argue that the touch was not deliberate, but that does not matter. As long as it’s a City player with the last touch then Aguero is offside.”

“Earlier, the use of VAR in checking and then allowing Fernando Llorente’s goal was a fantastic example of the system at its best – and the right decision was made.”

“If the ball had gone in off his arm or hand then it would have been disallowed, even if the contact was not deliberate.”

“However, the slow-motion replay clearly showed that the ball went in via Llorente’s upper thigh. There was a suggestion that Llorente’s skin rippled and perhaps the ball did brush his arm – but that contact would have been so slight and the goal is scored with the thigh, not the arm.”

“We sometimes criticise VAR for its use of slow-motion in handball situations, but here it was imperative to reach the right decision.”