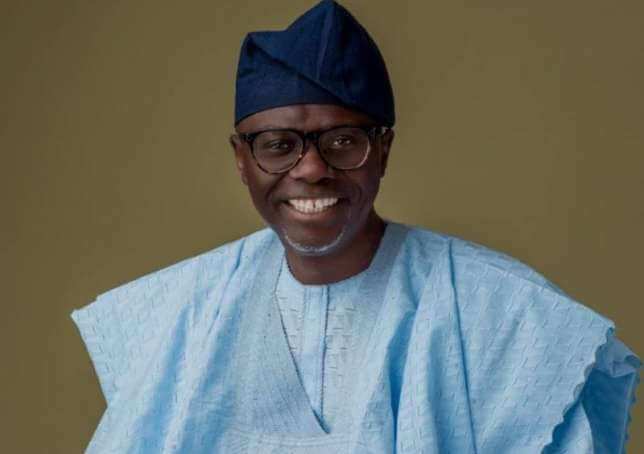 Owolabi Salis, gubernatorial candidates of the Alliance for Democracy (AD), has asked the election tribunal to stop the inauguration of Babajide Sanwo-olu as governor of Lagos.

Mr Salis accused the APC of riggng the election with fake voters card.

Also, Ifagbemi Awamaridi of the Labour Party filed a petition to Mr Sanwo-Olu’s swearing in as governor of the state on May 29 pending the determination of the petition.

The said Mr  Sanwo-Olu nominated APC as his deputy governor in his INEC form rather than nominating Babafemi Hazmat, an individual.

“Sanwo-Olu voter’s card number is BBBBBBBBBB295797059 said to be registered in Lagos. This voter’s card is showing invalid command on Independent National Electoral Commission (INEC) voters status verification system which any Nigerian can cross check it.”

“We are suspecting illegal invasion of INEC registration system. Sanwo-Olu may not have registered to vote but this was smuggled into the INEC system.”

“For IT experts, you can smuggle in data but specific identification numbers are always very impossible; while the name is being smuggled in, the VIN identification number could not. That is our possible finding requiring the attorney general and other security agencies attention now. We will be urging the tribunal to pay attention to this.”

PDP Reacts To Sanwo-Olu Victory In Lagos State
Lagos Governorship: Southern and Middle Belt Leaders Speaks On Its Preferred Candidate
EXPLAINER: How Sanwo-Olu Plans To End Apapa Gridlock
Lagos 2019: The campaign office of Sanwo-Olu is nothing short of a man ready to go all out and win the elections
Babajide Sanwo-Olu 5

Loading...
Newer Post
Brutalisation: How I Was Humiliated By Unknown Soldiers
Older Post
Abe Condoles With The Family Of Late Music Icon Prince Jerry Deemua, Calls On Rivers State Government To Join In Celebrating Life Of The Deceased