Kogi Guber: Why Yahaya Bello Should Be Voted In For Second Term – Jibrin Isah 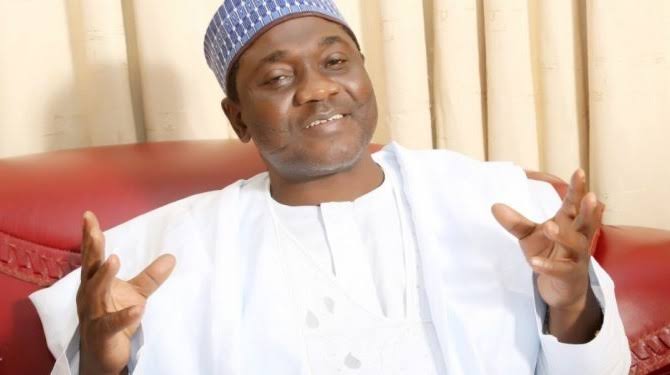 Ahead of the governorship election in Kogi State, Senator Jibrin Isah, has thrown his support behind the state governor, Yahaya Bello.

The Senator-elect stated that he supports the Governor following his desire for the welfare and the progress of the people of his constituency and the entire Kogi people. He said,

“I am wholeheartedly endorsing the bid of my friend and brother, Yahaya Bello, for a second term in Office as Governor of Kogi State. I have taken a while to make this decision because the welfare and progress of the great people of my Kogi East Constituency and Kogi State as a whole lie in the balance.”

“I am a man who has poured his life into the pursuit of the overall best interests of my people and state. For many years, first as a professional, then as a businessman and lately as a politician, I have dedicated myself to achieving this objective.”

“In the process, I have become intimately acquainted with the peculiarities of our state, the challenges of her people and the perfidies of her politicians.”

“I have experienced firsthand the character and leadership of several past occupants of Government House, Lokoja and I can attest that Governor Yahaya Bello stands out for trustworthiness, forthrightness and commitment to good governance”.

He stated that he would love that the Governor continues to rule the state “than any of the other individuals who have shown interest in the job”.

“I admit that no society has ever found Plato’s Philosopher-King, that prototypical ruler who by a perfect blend of knowledge, intelligence, reliability and simplicity is the epitome of good governance. Leaders may emerge who display his ideal attributes to a lesser or a greater degree, but none can achieve his perfection.”

“Governor Bello is no Philosopher-King, but I have observed that he possesses a sincere desire to lead well, a disposition to serve the people and the political will to take difficult decisions and follow through on them.”

“His Excellency has shown great promise in his first term and I am convinced by his track record that he remains our best option towards a brighter future for our state from amongst those who present themselves and meet the legal requirements to run for the position of Governor of Kogi State.”

“Governor Bello’s Economic Blueprint , which was unfolded during the last Kogi State Economic Summit is being pursued, resulting in various partnership arrangements, meant to harness the abundant natural resources, and equally revive some of the hitherto vibrant government enterprises, in the state , in order to create employment opportunities for all categories of Kogites.”

“It is thus my considered opinion, after due consultations with my followers and stakeholders, that for the Kogi State Gubernatorial Elections in November, 2019 our incumbent Governor, Alhaji Yahaya Bello, remains the best candidate. We shall give him our unalloyed fidelity and strong support. I call on all lovers of our state to join me in this worthy endeavour,”.