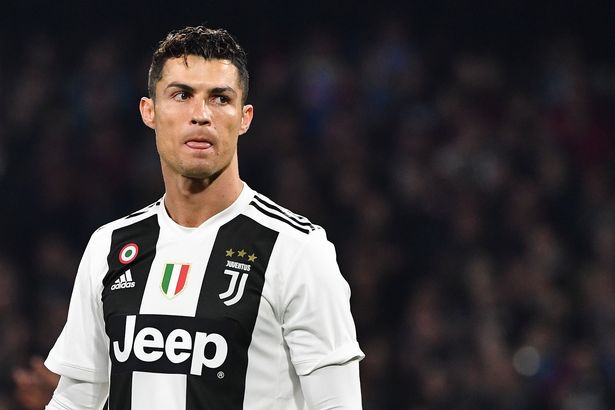 Italian side, Juventus has revealed the latest information concerning the injury of it superstar player, Cristiano Ronaldo.

Juventus disclosed this on Wednesday ahead of their UEFA Champions League clash against Ajax in the quarter-final on April 10.

The former Real Madrid ,am had suffered an injury during Portugal’s 1-1 draw against Serbai in the Euro 2020 qualifying match on Monday.

Ronaldo pulled up clutching his thigh in the 30th minute and was replace by Pizzi.

Juventus announced in a statement through their official website that Ronaldo underwent tests and the test revealed that he has a minor injury on his right thigh flexors.

“After being forced off in the 30th minute of the first half of the match between Portugal and Serbia, during qualifying for the Euro 2020, Cristiano Ronaldo underwent tests in Portugal that revealed a minor injury to his right thigh flexors,”

“He will be monitored and subjected to further tests to establish when he can return to competitive action.”

Ronaldo on Monday said, “My injury? I’m not worried,” Metro UK quoted him as saying after the match.

“I know my body and in two weeks’ time, I’ll be ready to play again.”