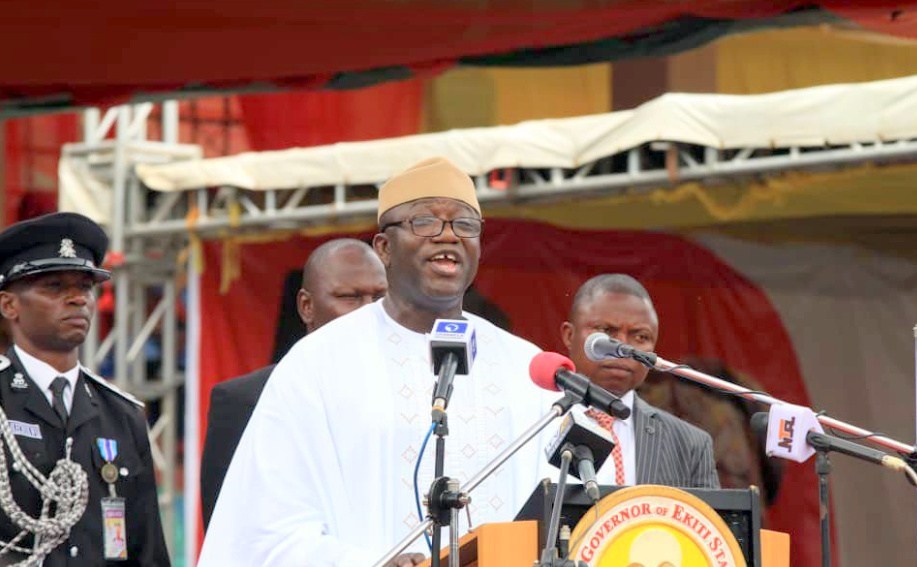 Kayode Fayemi, governor of Ekiti State has emerged as the new chairman of Nigeria Governors Forum

He will be serving for two years after he was elected late Wednesday.

He was nominnated by Nasir El-Rufai of Kaduna State and was chosen at a gathering of the 36 governors in Abuja.

In the same vein, Aminu Tambuwal of Sokoto was also elected as vice-chairman.