iPad, Vigi Tabs & Android Tablets, Which Would You Prefer? 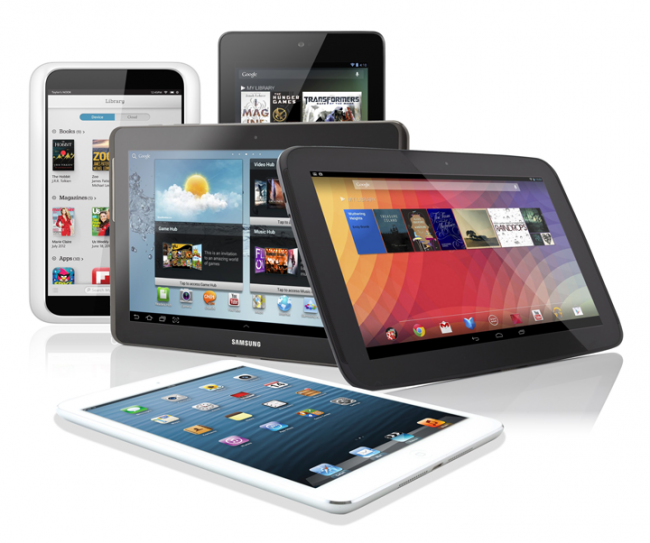 iPad, Vigi Tabs & Android Tablets, Which Would You Prefer? – iPad and android tablets have literally turned into a mini computer for some of us, people can hardly go out without taking them along.

There are few things that distinguishes iPad and android tablets, I have highlighted them below.

Apple has been able to carve a niche for itself in the android kingdom through it stylish and classy look.

The first ipad was released in April 2010 and there have been six versions from that time till now, unlike android tablets where you can choose from a variety of devices like vigi tabs, 6 inch phablets, children tablets, hybrid devices like Asus’ Padfone, and many more.

In my opinion, Android tablets are user friendly compared to ipads.

If you own an android phone, using an android tablet should not be difficult for you.

Some ipad users sometimes find it difficult operating it for the first time, but with time they get used to it.

Android tabs are not as expensive as ipads but even this price factor did not deter a lot of people from buying an ipad.

Some people think its worth the price and can in no way be compared to an android tablets, while others don’t agree with them.

The lack of support for microSD and flash drives is a great disadvantage for apple products.

You cannot expand its storage compared to some android tablets.

However, you can use external hard drives, dropbox and icloud if you need extra space.

The difference here is that Micro SD can crash at any time and you may lose all your documents and information.

But with applications like dropbox your documents are safe on the internet.

Another feature that distinguishes these two tablets is their app store.

Google play offers a large variety of apps that people can access easily and buy from compared to iPad.

For a long time users of apple products lamented over their inability to receive pictures and documents with some apps like other android users.

The cost of buying and downloading apps from itunes store tends to discourage users.

Apps on the itunes store is submitted and tested by Apple before it is released, this averts the risk of downloading malware.

Google only removes a suspected malware after it has infected an android device.

There has been a lot of disparities between these two tablets, because every advantage for one leads to a disadvantage on the other.

However, by reading through what each one offers, you should know the one that meets your needs perfectly.