The Institute Where E-Money Got His Doctorate Degree From Revealed 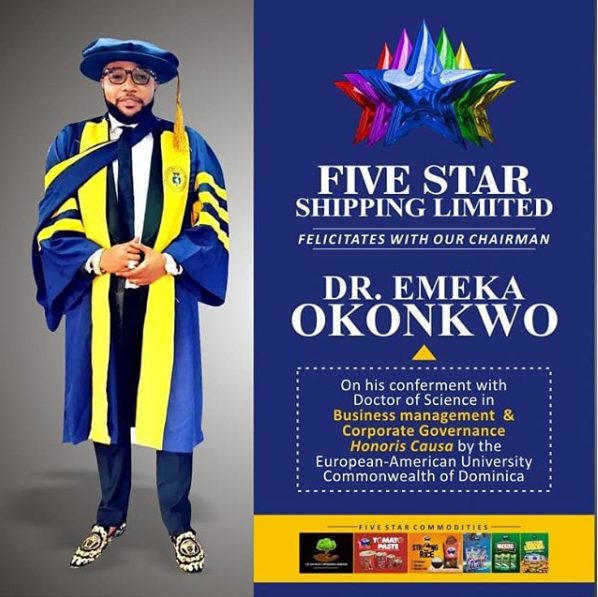 The air has been clear over where the Five Star Music boss, E-Money received his Doctorate degree from.

Recall that the University of Lagos had debunked the news that he awarded an honorary Doctorate Degree to the Music Mogul.

The organization recently revealed that he got his Honorary Doctorate Degree from the European-American University.

In a recent post on the account of E-Money he revealed that he received the honorary Doctorate Degree in Business Management and Corporate Governance from European-American University.

“Congratulations to our chairman on his amazing achievement / Award Honorary Doctorate Degree in Business Management and Corporate Governance from the European-American University. 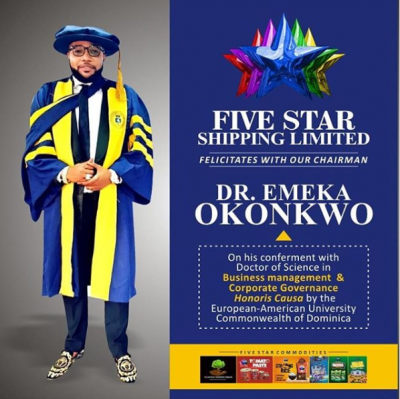