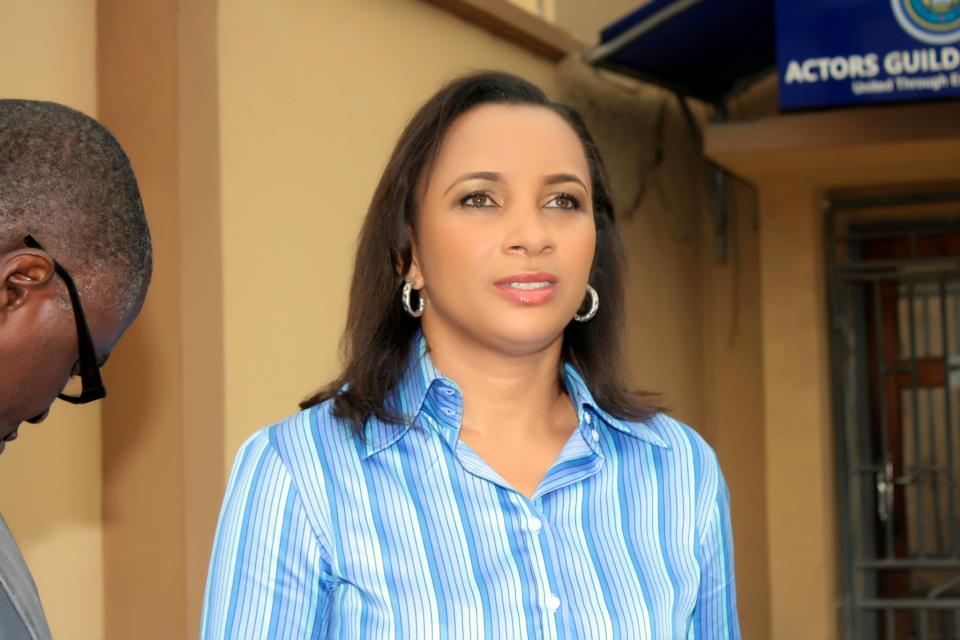 Nollywood actress, Ibinabo Fiberesima, has defected from the Peoples Democratic Party to the All Progressives Congress, she registered as a member of APC at the party’s secretariat in Okrika, in Rivers State.

Why speaking on the defection which was announced on Facebook she stated that she was simply exercising her constitutional right to freedom of association.

“I am one that has respected and enjoyed such rights, especially making use of such association for the furtherance of my aforementioned goals and objectives,” she said.

“I strongly believe that associations must foster accommodation and value for those within it. It must appreciate efforts and risks taken to sustain that association and when it seems that one has been relegated to the point of redundancy and lack of mutual respect in spite of Herculean efforts thereto, it then sadly signals a time to say goodbye and accept the recognition offered by another platform.”

Speaking during the registration of Fiberesima, APC Chairman APC in Okrika, Christian Asifmaka and a former Council chairman, Chief Amangi Sunday Owoi-Opuoru, welcomed the thespian into the party and urged her to put her wealth of experience in mobilizing into the Party.

Fiberesima appreciated that leadership of the party for accepting her and claimed that she “finally found a home so accommodating.”