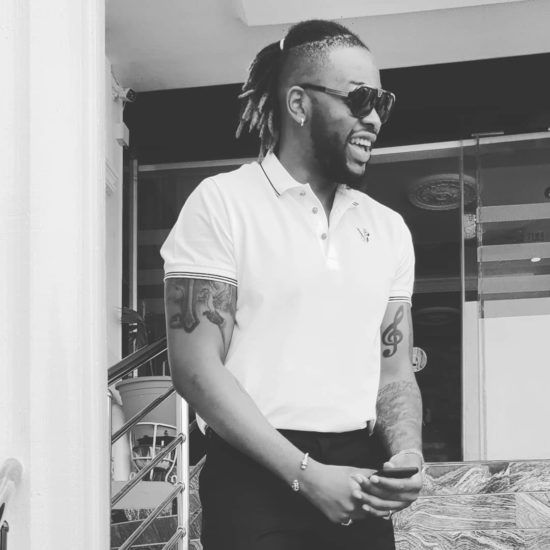 2018’s BBNaija housemate, Teddy A has uncovered he hasn’t removed his earrings since 2014 & even with his looks he has never been intimidated by police men.

In a visit with Sunday Scoop, Teddy A said his tattoos are significant & he has around fifteen of the creative illustrations on his body.

“I have never been harassed by the police and I will not. I have about 15 tattoos and they are all symbolic. The most symbolic tattoo on my body is that of a baby in the cloud; I made it when I was expecting my son.”

“I have been keeping my dreadlocks since November 2015 and I don’t plan to cut it anytime soon. My earrings are quite expensive; I have had them since 2014 and I have never taken them off.”

In spite of the fact that he was raised by a single mother, the artist said he had no dislike for his father.

“I was raised by a single mum and I am very close to her, but I don’t feel any resentment for my dad. If you have issues with your dad, it doesn’t have to be because of your mum. Every man has a story; every relationship has a story.

“Whenever there are issues between parents, I think you need to find out what happened and hear the story from both sides.”