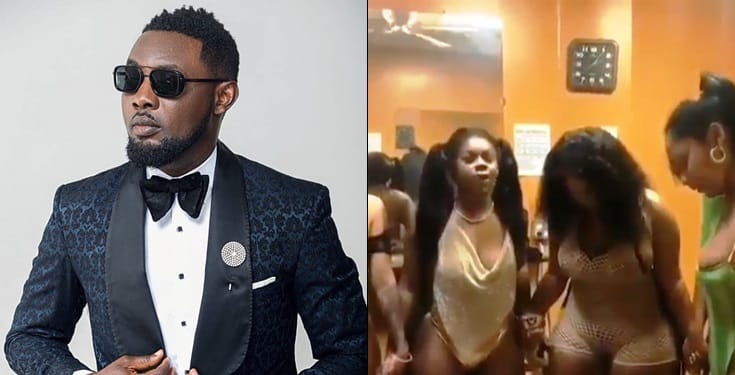 Ayo Makun, one f the most popular comedian in Nigeria has condemned the action of some strippers praying to God to send them customers as they start the job of the day.

The video of the strippers went viral on social media.

Meanwhile, in his reaction, AY said he is believe that hell will be willing to welcome the ladies.

He also denied rumor that he fought his brother, Yomi Casual over ticket money.

“The person who started the story immediately brought it down when I called her. I don’t understand why people are fond of formulating stories.”

“I blame Nigerians for believing all the stories they come across online. I think it is high time we start asking questions when we see a report. We should ask for sources, which Nigerians don’t do.”

“When I made a complaint, it was brought down immediately. But you know the way the cyberspace is; other people had lifted it as a news story. It seems the people were excited that the Makun brothers had a fight.”

Regina Daniels Brother Arrested By Police
Come back! Juliet Ibrahim Lambasts Tonto Dikeh
Daddy Freeze respond after his Instagram Account got Deleted
Oyemykke Advise Simi On What To Do To Politicians