How To Cope And Find Happiness In A Polygamous Family: The Father, Mother And Children In Perspective 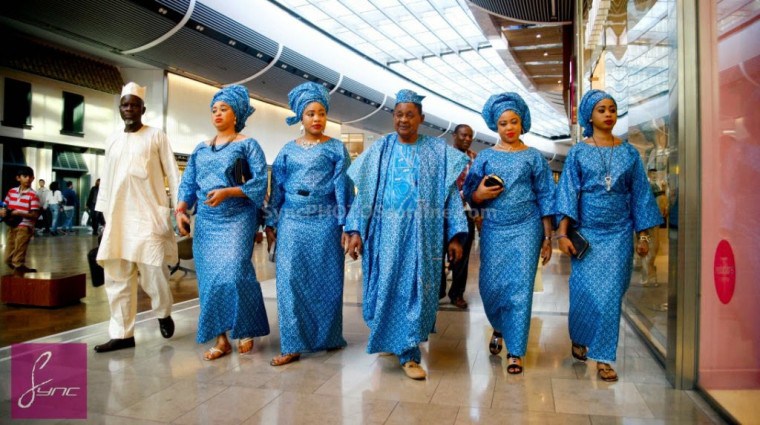 How To Cope And Find Happiness In A Polygamous Family: The Father, Mother, And Children In Perspective

A polygamous marriage is the type of marriage where a man marries more than one wife.

This type of marriage is common in Nigeria and many African countries including other parts of the world.

There are a lot of problems associated with polygamous families and many members of this kind of family find it difficult to tackle such problems as a result of ignorance or negligence.

But there are basic ways to tackle such problems effectively.

There is no marriage without conflicts.

Even monogamous marriages have their numerous problems.

But in polygamy, such problems turn out to be worst.

Men who marry more than one wife have various reasons for doing so.

No matter the reason(s), the wives and their children are in most cases, in violent or cold conflicts which tear the family apart and make unity impossible.

The mother and her children should not stay together in the same house with the other wives and their children. This is a sure way to reduce conflict.

If the husband and father wants relative peace in his family, let him rent or build a house for each of the wife and mother so that they can stay there with their children.

The man can invite any of the wives to his main house when he wants to spend time or a night with her or goes to their houses when he wants.

This will help reduce conflicts.

If all his wives and children will stay in the same house with him, the conflicts that will erupt daily will be terrible that it can consume the whole family.

Even in situations where they appear as if the wives and children are living together happily, in most cases, they are not.

They are just pretending for others to feel relaxed so that they will strike at anytime.

There is no way a man will love all his wives equally.

There is also no way he will treat all their children the same way.

Even in a monogamous family, the father doesn’t treat all his children the same way; some are more loved than others.

Only in few situations where the father treats his children the same way.

This is where conflicts occur in a polygamous family.

To avoid being hurt always, mothers in polygamous family should channel their energy to activities that will make them happy.

First, they must learn to tolerate their husband.

Second, they must teach their children to love and respect their father even if he doesn’t deserve it.

By teaching them to love and respect their father even when he does not deserve it, you are teaching your sons to be good husbands and your daughters to be good wives when they marry.

In polygamy, if you want to be happy as a wife and mother, make sure you are financially independent.

Have your own source(s) of income so that you can take very good care of yourself and your children if your husband no longer cares.

Teach your children to love their step mothers and step brothers and sisters even when they are wicked, envious or unlovable.

Do not teach them to pay evil with evil so that they will be forgiving husbands and wives when they marry and influence their children positively.

You should know that your children will not remain with you and your husband forever.

They will marry and have their own children too.

As their mother, it is your responsibility to discipline them very well by teaching them how to be good husbands, wives, make good family and how to bring up their children in the right way that will make them to influence their family and society positively.

The truth is that most fathers in polygamous families do not care to discipline their children and leave such responsibilities to their respective mothers.

As a mother, teach your children to be financially independent too. So that they will not be waiting for their father to die to fight over his property with their step mothers, brothers and sisters.

You should also not be thinking of inheriting your husband’s property or wealth when he dies.

If he includes you and the your children in his ‘Will’, that will be an addition to your already established resources.

We Are Succeeding Pretty Late Here in Nigeria – Chinonso Ogbogu
Ruga settlements for Fulani herdsmen will create breeding grounds for radical Islamic extremism and anti-Nigerianism
If A Man Loves A Woman’s Soul, He’ll End Up Loving One Woman, But If He Loves A Woman’s Face, All The Women In The World Won’t Satisfy Him
JOB SEARCH: After NYSC, The Reality Begins…

Loading...
Newer Post
Once You Agree To Marry A Man Who Has A Wife Or Wives, Do Not Be Angry With Him If He Decides To Marry Another Wife After You
Older Post
OPINION: An Open Letter To FG On Sudden, Non-procedural And Undemocratic Change Of Democracy Day To June 12 By Oyebanjo Oluwaseun Abiola