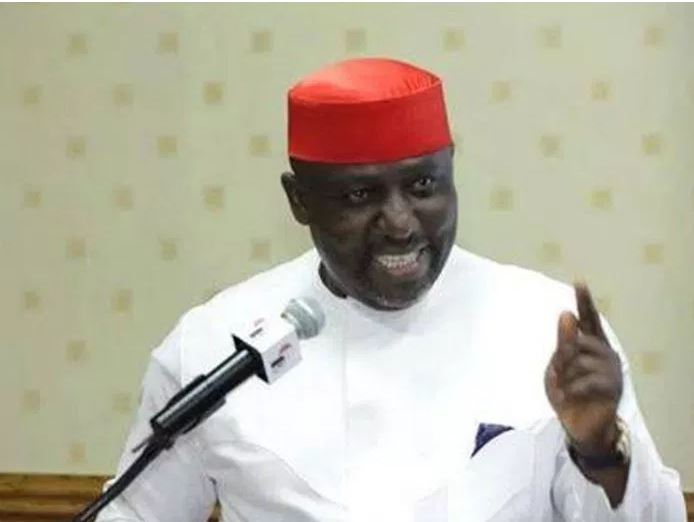 The governorship candidate of the All Progressives Congress, Hope Uzodinma, has called out the Imo State Governor, Rochas Okorocha to stop attacking the people of the state.

The APC Candidate stated that the Governor should accept the truth that neither the party nor the state is his property which he can do anything with at any time.

Uzodinma stated this while reacting to Okorocha’s attack on the National Chairman of APC, Adams Oshiomhole, due to his suspension from the party.

Uzodinma who released a statement through the Director of Media and Special Duties of his campaign organisation, Declan Mbadiwe Emelumba, stated that the Governor should accept that he is the architect of his woes and should stop looking for scapegoats in Oshiomhole and himself.

He stated that the state Governor had always used every slight opportunity to pour insults on Oshimhole and himself.

“This is the greatest insult anybody can give to Imo people because it’s an outright attempt to make a people with proud republican heritage hostages in their own state.”

“Unfortunately Okorocha has failed to appreciate the gravity of this insult on our people”.