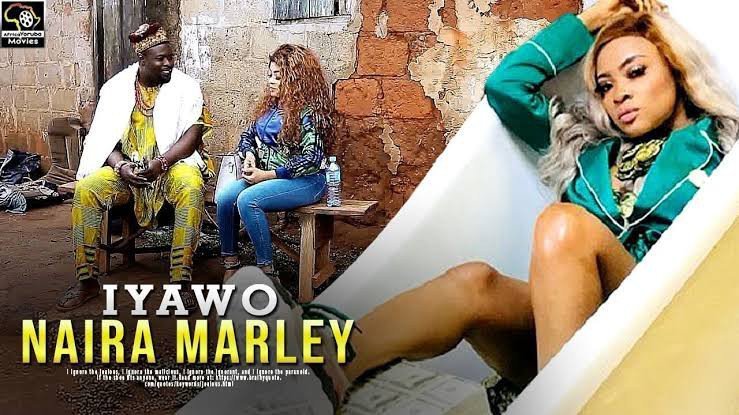 The movie, titled, ‘Iyawo Naira Marley’, has been released last weekend on YouTube after Naira Marley himself spent over three weeks in prison.

The actors and actresses in the movie includes: Femi Adebayo, Bidemi Kosoko, Ayo Adesanya and Temitope Solaja among others.

Hynaija cannot tell at the time of this report if the movie was to chide Naira Marley or to drum support for him.\

Social media users have also said the producer of the movie may be catching in on Naira Marley’s online buzz to market her movie.

Between Saturday and now,the movie has garnered over 20,000 views since its release.