Fani-Kayode Refers To Okorocha As Judas Of Igboland 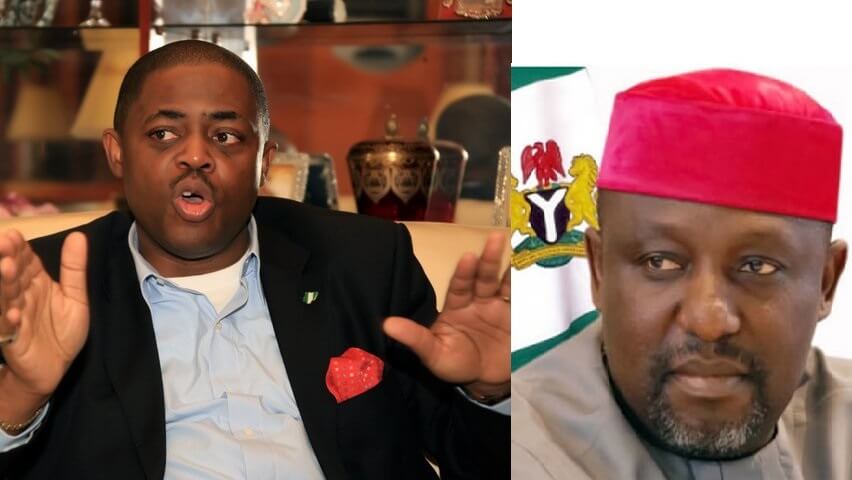 Femi Fani-Kayode on Wednesday called on the Imo State Governor, Rochas Okorocha to stop complaining about the Saturday’s governorship election in the state.

The election has seen his son-in-law, Uche Nwosu of the Action Alliance lose out to the candidate of the Peoples Democratic Party, Emeka Ihedioha.

READ ALSO: Umahi Reacts To Defecting From PDP To APC

Fani-Kayode reacted to the video clip culled from Channels Television where Okorocha was seen lamenting and almost “crying” over an alleged militarization of 2019 general elections in his state.

Fani-Kayode who described him as Judas said the Governor was one of the powerful founding members of the All Progressive Congress, therefore he should not complain.

He wrote on his Facebook page: “Listen to this useful idiot and accursed slave speaking against those he helped put in power.”

“He is the Judas of the east and one of the three biggest traitors of the south. May the Lord pay him according to his works.”