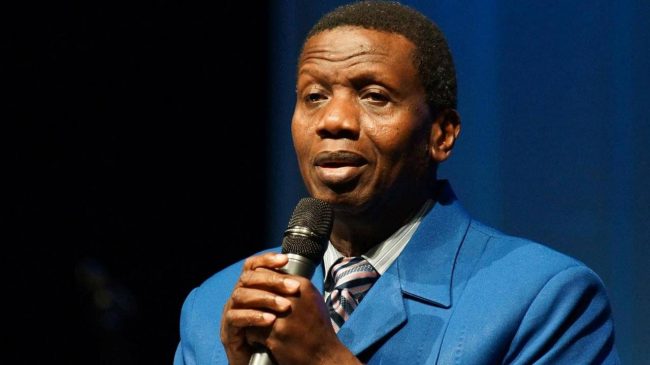 Looking for Pastor Enoch Adeboye Biography, Net Worth, Family & Ministry? There is a church in Nigerian with an agenda to occupy every family in Nigeria. That plan is almost approaching reality as the church has branches in virtually every street in the country.

We bring to you the General Overseer of that church known as the Redeemed Christian Church of God.

He is Pastor Enoch .A. Adeboye.

Talk about the most revered gospel preacher in the country and E. A. Adeboye comes to mind.

He is quite simplistic, laid-back, humble and speaks calmly like the world is still.

He is the best epitome of humility and that has earned him a lot of accolades from Christians and non-Christians alike.

Everywhere around the country, he’s highly revered and even governors, presidents, political leaders, business moguls, all over the country submit to him for spiritual covering.

He is a father to an army of pastors and would probably lose count of his mentees if you ask him to compile a comprehensive list.

The professor of mathematics turned pastor is a father, preacher, author, husband and father.

We look at the biography of one of Nigeria’s most acclaimed preacher in the body of Christ.

Below is Pastor Enoch Adeboye Biography, Net Worth, Family & Ministry

Born Enoch Adejare Adeboye on March 2, 1942, in his hometown of Ifewara in Osun State, Nigeria.

He was born into a family of six (parents inclusive).

His father was a peasant farmer and at the time it could be said that you could define poverty by looking at the Adeboye’s. 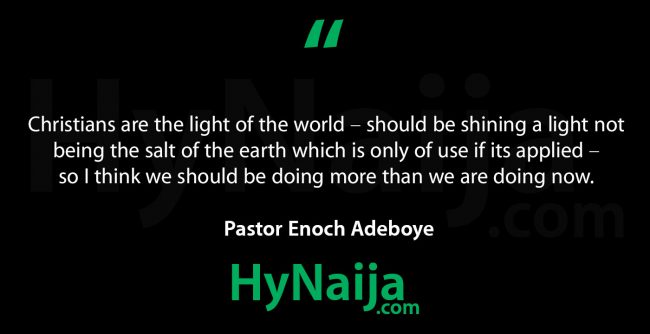 The family was so poor, education was a luxury they couldn’t afford, but due to Adeboye’s sheer doggedness, a goat became the legal tender to ensure that he went to the sole missionary school in his hamlet.

After that basic education, he went further to attend the Ilesha Grammar School, Ilesha Osun state and later obtained his degree in mathematics from the University of Nigeria, Nsukka in 1967 years into Nigeria’s post-war history.

He went ahead to obtain a Masters Degree in Hydrodynamics and a Doctorate Degree in applied mathematics both from the University of Lagos.

He had a swell career going for him and a bright future ahead before he was called into ministry which must have seen like a tough decision for anyone back to make back then.

Adeboye joined the Redeemed Christian Church of God in 1973 and began working as an interpreter to the founder of the church, PA Josiah Akindayomi who only communicates to his audience in his local Yoruba language.

Adeboye would later be ordained as a pastor in 1977 and was so committed to the church despite juggling between lecturing and preaching that he was made the general overseer in 1987 after the passage of PA Akindayomi to eternity.

After being handed the totem of the leadership of the RCCG, Adeboye quit his prestigious lecturing job and his dream to become a young Vice-Chancellor.

He afterward, worked diligently and tirelessly to drive the church to its peak today.

From its status as a local ministry, the church was transformed into a mega global church present in over 196 countries of the world and has over 14,000 branches in Nigeria with its headquarters at the redemption camp, Ogun State, Nigeria.

The church’s influence in the Nigerian space continued to expand to the point of hosting the largest single gathering of Christians anywhere in the world in it’s annual Holy Ghost Convention where a total of 5 to 12million people were in attendance in one of its services.

Pastor Adeboye got married to his heartthrob Pastor Mrs. Foluke Adeboye in 1967 at the age of 25.

The marriage is still standing till date.

The couple is blessed with four children and a multitude of grandchildren.

He is amongst the richest and most influential pastors in Nigeria.

He owns a G550 private jet worth about $65 million and some real estate investments worth millions of Naira.

He also has a very fine collection of exotic cars to drive whenever he is not flying. 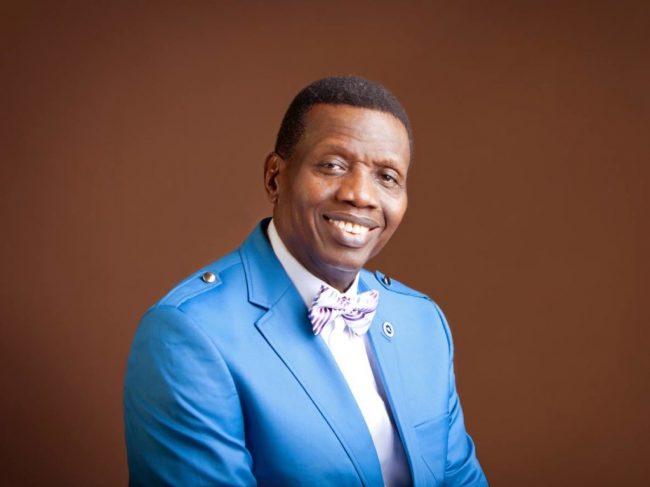 In 2008, he was conferred with a National Honour, the Order of the Federal Republic (OFR) by President Goodluck Jonathan.

in 2008, he was named one of the 50 most powerful people in the world by Newsweek magazine in the USA.