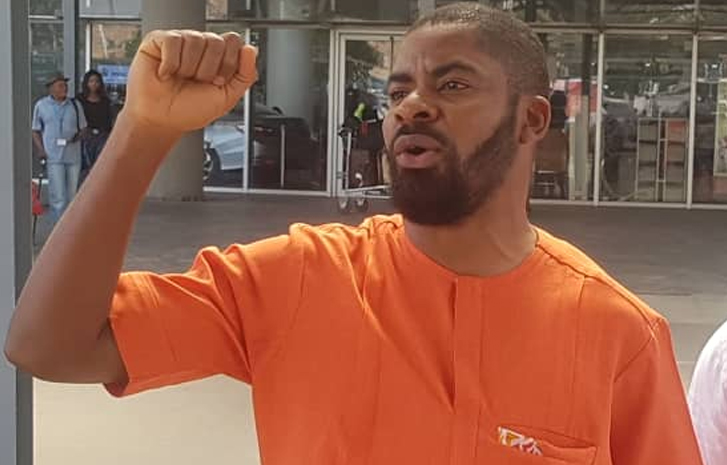 Popular Nigerian activist, Deji Adeyanju has accused a critic of the President Muhammadu Buhari, Charly Boy of collecting money to support Buhari, while he suffered in prison.

Recall that Hy Naija had earlier reported that Deji Adeyanju withdrew from the “Our Mumu Don Do Movement”.

He stated that he has the recording why Charly Boy admitted to have collected money. He wrote:

“Charly Boy is the number one Mumu in Nigeria. He compromised by collecting money from the government while i was locked up in prison by the oppressors. He collected money from them to do a video against the main opposition candidate -Atiku and also to stop attacking Buhari.”

“When I confronted him -Charly Boy with the evidence, he confessed to collecting money from them but said he didn’t collect the money to do a video against Atiku but they gave him the money as support. I dare him to deny this allegation. I have the recording of his confession.”

“Imagine after all the sacrifices, someone will just be going round collecting money in the name of the movement. Huge disappointment. A fraud. The stories are just too many.”

Uche Maduagwu Speaks On Why Most Nollywood Marriages Crash
I Can Never Call My Husband “Daddy” – Tope Alabi
Runtown Did Not Win Any Court Case Against Us – Eric Many
New Video: Phyno – Iwa ft. Tekno
Charly Boy 4 Deji Adeyanju 2

Loading...
Newer Post
Blackface Speaks On Why He Called 2face Gay
Older Post
Nina Speaks On What She Will Do If She Gets Second Change In BBNaija