The Dangers of Currency Redenomination 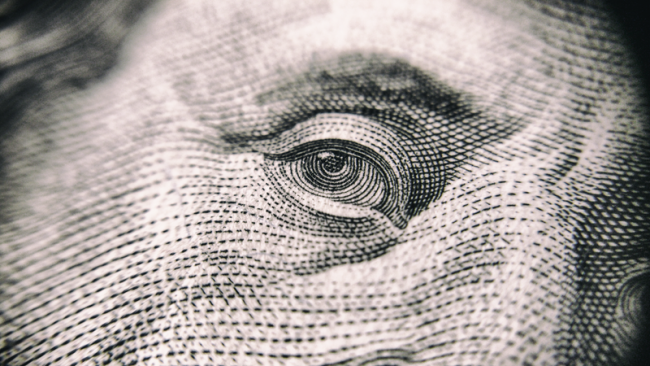 Currency redenomination occurs when a government uses a single currency unit to replace a fixed number of old units (usually a positive integer).

In other words, altering the face value of a currency without changing its foreign exchange rate is redenomination.

Inflation (or hyperinflation) is frequently the cause of redenomination.

Governments employ currency redenominations because the old currency has been debased so badly it is worth very little (or is essentially worthless).

This has occurred many times throughout history.

The statistics are staggering that we are headed for a currency crash. Consider this as of April 2012:

The National Debt is Spiraling

In only a little over three years under the Obama administration, the national debt has increased by more than all of the presidents from Washington to Clinton!

Put another way, 36% more is spent every month than is coming in.

No family or government can spend like this without a financial disaster.

The government can’t agree on reducing expenses by a few percents, how are they going to balance the budget?

Unfunded Liabilities are Spiraling out of control

How many taxpayers have over a million dollars to pay this down?

The Currency is being Debased by Printing Money.

The US and all major countries have a Fiat Currency System.

In a fiat currency system, the money is only backed up by faith in the government.

This means the Federal Reserve can print as much money as the government needs.

However, this debasement always leads to inflation and/or hyperinflation.

Money for the government comes from taxes, borrowing and printing money. The printing presses have been running on overtime the past several years—especially in our current economic downturn.

For example, the M1 money supply has increased by ~ 60% in the past four years. This will lead to a huge Inflation Tax.

All of these issues paint a dismal picture.

That is a tinderbox just waiting for a spark to ignite it! If serious fiscal responsibility isn’t taken soon —and it doesn’t look it will; this all ends badly.

Is Currency Redenomination in the US far fetched?

If currency redenomination seems far fetched in the U.S. then go to the Wikipedia page on Redenomination.

It shows many different countries from 1949 to 2009 that have gone through redenomination from inflation (or hyperinflation).

Some of these countries have gone through currency redenomination multiple times.

The fear with currency redenomination is that within a year or two of this event, hyperinflation will occur with a vengeance. Let me explain.

A common redenomination would be from 10 to 1.

If this occurred with the U.S. currency then ten current U.S. dollars would be worth one new dollar (whatever it will be called).

However, the problem is that the debased currency still remains—it is just redenominated differently.

Think of it this way.

If gas was $4.00 a gallon today when redenomination occurs, then (assuming all things normal—which they won’t be) it would be 40 cents a gallon with the new currency.

Most other products would drop similarly in price.

However, this is where it gets dicey.

If the shell game plays out, within 12-18 months (if not sooner) prices will dramatically increase before most people take notice.

Think of it this way. Many people are used to paying $4.00 a gallon.

Paying 40 cents/gallon will seem inexpensive on a subconscious level.

Thus, if gas goes from 40 cents to 50 cents a gallon it may not seem like a dramatic change.

However, if this occurs we just got hit with a 25% inflated price! There will be similar scenarios with many products and services.

It gets worse. This huge change will promote disorientation—especially in those who have difficulty with math.

Many prices will immediately inflate by those will take advantage of the people’s disorientation to a redenominated money supply.

In other words, within a relatively short time, there will be a huge wealth transfer to those who have figured out what is happening.

However, it isn’t all bad news. Those that employ wealth preservation techniques will have the best change of protecting their net worth—and may even proper after the smoke from the economic train wreck has cleared.

If you hear the words currency redenomination by a prominent government official become very concerned. This will probably be the fist step in the process of rolling the concept out to the public.