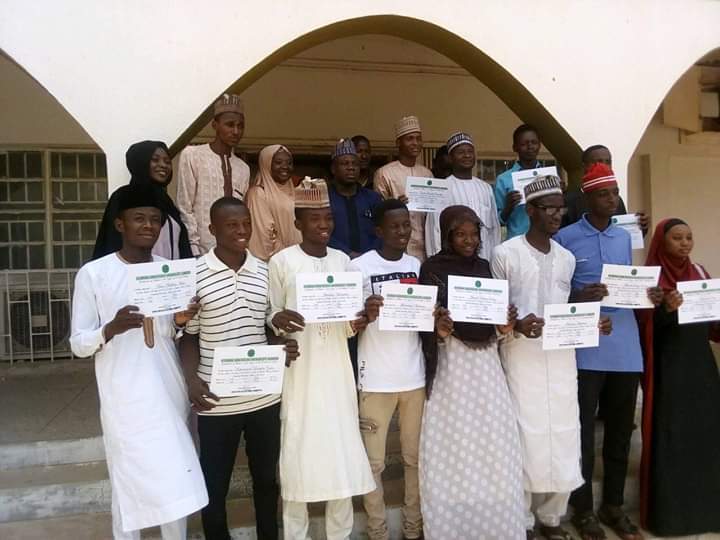 Faruku Barade, a 400 level student of the Faculty of Law emerged the winner of the presidential election of the SUG.

Our correspondent gathered that the held on Thursday, May 2nd across various polling units on the three campuses of the University, was said to be peaceful and was conducted with no problems.

Barade was declared the winner of the presidential election by the Electoral Commissioner, Mallam Bashir Achida, after polling 3,595 votes to defeat his opponent, Abubakar Abdulrahman from the Faculty of Agriculture who polled 2,314 votes.

Suleiman Abubakar, who won the post of the General Secretary, polled 2,820 votes to beat his opponents Yushau Umar and Hamidu Muhammad who polled 1,867 and 928 votes, respectively.

The new executives took the oath of allegiance and were sworn in last Friday, May 3rd.

The Vice-Chancellor of the University,  Abdullah Abdu Zuru, a professor was present at the swearing in of the new executives. He lauded the peaceful conduct of the election and commended all students for their mutual cooperation and understanding. In his address, he noted that the University is still the most peaceful university in the country.