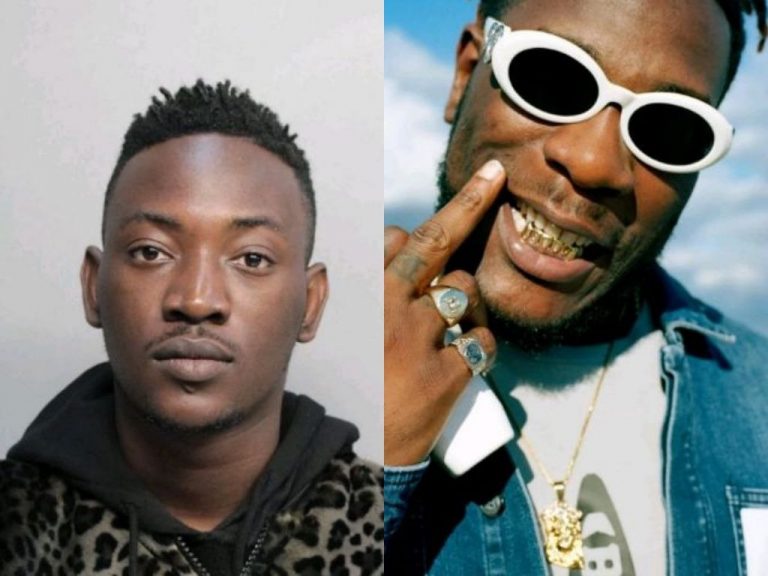 Burna Boy, who was signed into Universal Music USA, a year ago has called on African artists to stay away from international deals.

He stated that African singer or rapper is not sure of the deal they sign when they do.

He stated that the international deals make African artistes slaves to the deal they sign and Burna Boy is preaching against such deal.

Dammy Krane also took time out to speak against signing international deals. See some of his post below;

“As an African artist, the moment you step out for international deals, if they are supposed to give you $300 million, you would be given $3 million because you went to them”

“The reason people like fela gained from their international delas is because they came to him ! See finish no Dey, Na u b superstar for your house” 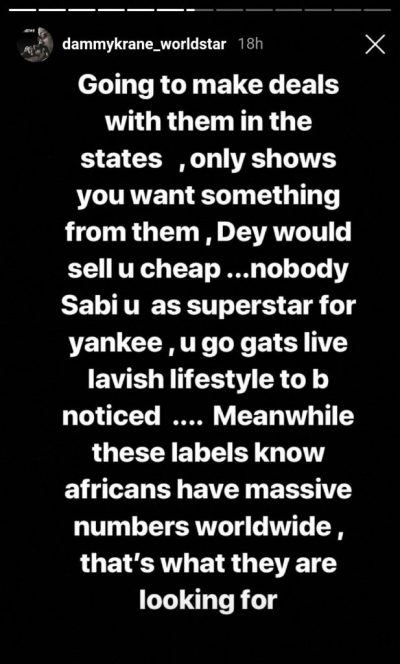 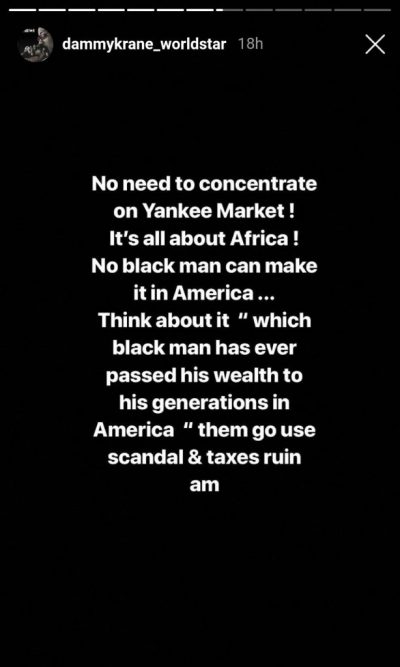 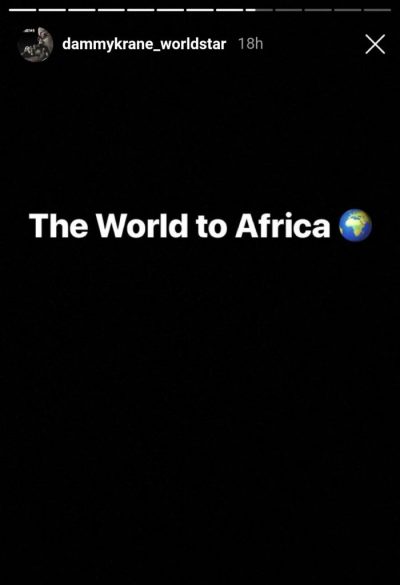