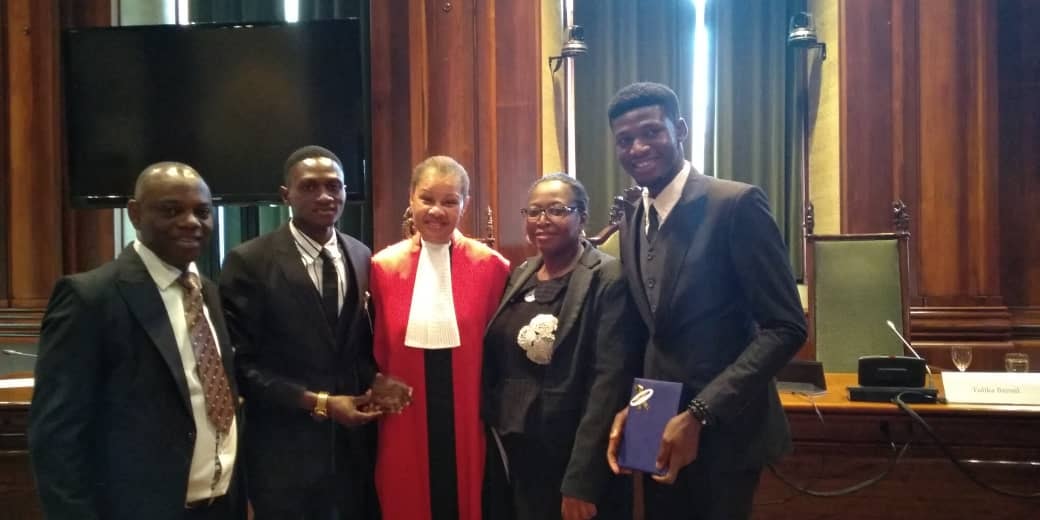 Students of the Faculty of Law of the Benue State University recently in far away Netherlands emerged Third Best in the World Moot Court Competition.

The students, Ordam Paul Msughter and Mom Chia Michael, both of them in their final year (500 Level), emerged overall Best in Written Arguments and 3rd Best in the entire competition which featured students from faculties of law of 28 universities across the world.

Those included, BSU from Nigeria, University of Cambridge and University of Liverpool from the UK, a university in the Philippines, two South African universities, a law school from Trinidad and Tobago, among others.

The competition held at the University of Leiden in Netherlands with this year’s edition being the 3rd and marking the 30th anniversary of the United Nations Convention on the Rights of the Child.

Oral and written presentations were featured at moot court at the competition, with a case at the International Court between a group of children and a member State of the United Nations featuring alleged violation of the children’s rights, with each competing faculty of law team making oral and written representations for both parties.

At the end the team from BSU Faculty of Law emerged Best in Written Arguments for the Respondents and 3rd Overall Best in the competition.

This feat represents the continuation of a tradition of excellence and distinction which the faculty has become known for nationally and now globally since its establishment.

The BSU Faculty of Law was established in the 1993/1994 academic session, producing its pioneer set of graduates in the 1997/1998 session who went on to excel at the Nigerian Law School.

Since then graduates of the faculty have consistently posted performances at the Law School in the top 5 bracket, and in legal practice they have earned a place of pride anywhere for the faculty and the university as top class lawyers.

It is worth mentioning that this year’s competition was supported by UNICEF and other international donor organisations.

A member of the victorious team, Ordam Paul Msughter, expressed gratitude to Benue State Governor, Samuel Ortom, for sponsoring their trip to the competition, believing the governor did so in line with his vision for educational excellence in the state.

Ordam also commended Vice-Chancellor of BSU, Prof. Msugh Kembe, for achieving full accreditation of the faculty since its establishment and ensuring relative stability in the academic calendar which he said made them eligible for the competition in the first place.

The victorious law student was equally full of praises for the Dean of the BSU Faculty of Law, Dr. Vitalis V. Tarhule, and the academic as well as non-academic staff of the faculty for keeping alive its tradition of excellence through strict adherence to ethics and discipline in training of students there. 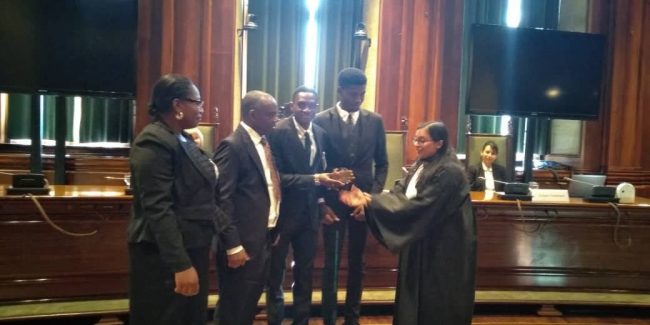 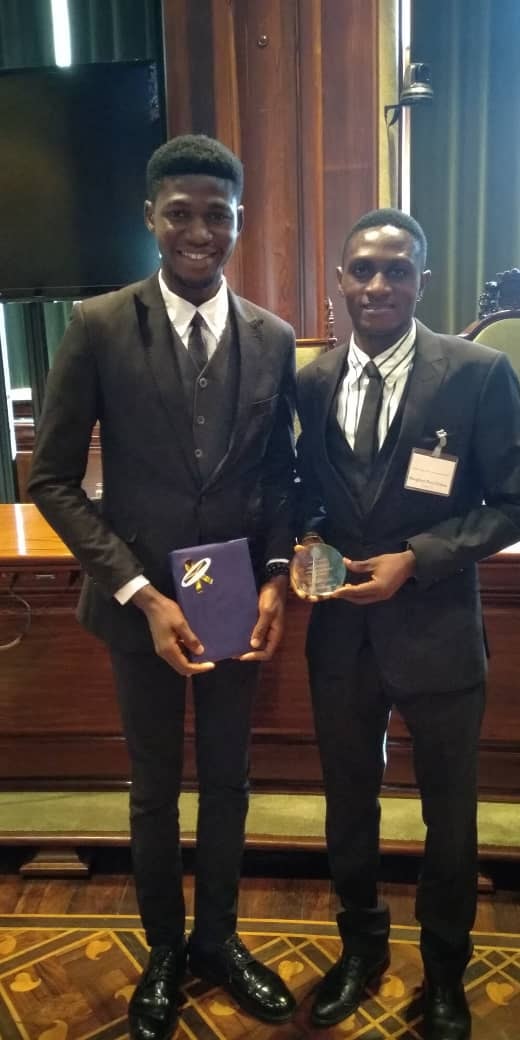 Loading...
Newer Post
The Intricacies Of The Call For Oshiomhole’s Removal By Amaechi’s Allies
Older Post
PMB has a unique way of setting the masses against these Governors and public office holders