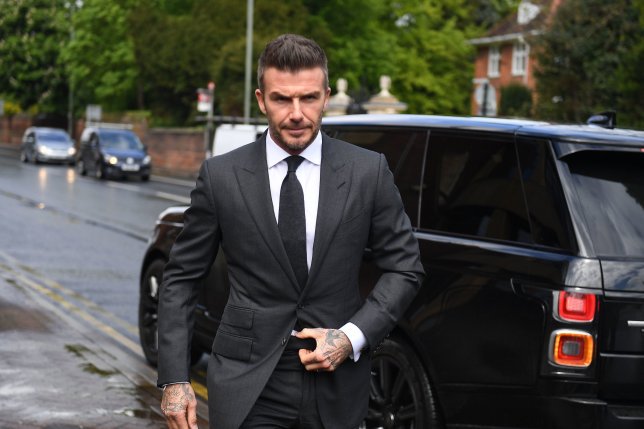 For using mobile phone while driving, David Beckham, former English football star, has been banned from driving for six months.

He appeared at the Bromley magistrates court, south of London, where he was given six penalty points on his licence, fined 750 pounds (868 euros, $975), and ordered to pay 100 pound to prosecution costs and a 75 pound surcharge fee.

According to Catherine Moore, the district judge, he already had six points on his licence for previous speeding matters, meaning he reached the 12-point limit which triggers a disqualification.

Matthew Spratt, the prosecutor, said Beckham was photographed by a member of the public as he drove in “slowly moving” traffic while holding a phone.

“Instead of looking straight forward, paying attention to the road, he appeared to be looking at his lap,” he said.

“He [the witness] says that the defendant was operating a handheld device at knee level. At that moment a photograph was taken.

“The defendant was holding the mobile phone in the upright position.”

On his part, Gerrard Tyrrell, Beckham’s lawyer, said that his client cannot remember the incident.

“There is no excuse for what took place but his view is as he cannot remember… he’s going to plead guilty and that’s what he’s done,” said Tyrrell.

The English footballer, who was famous for his incredible free-kicks, scored in three FIFA World Cups before retiring from international duty in 2009.