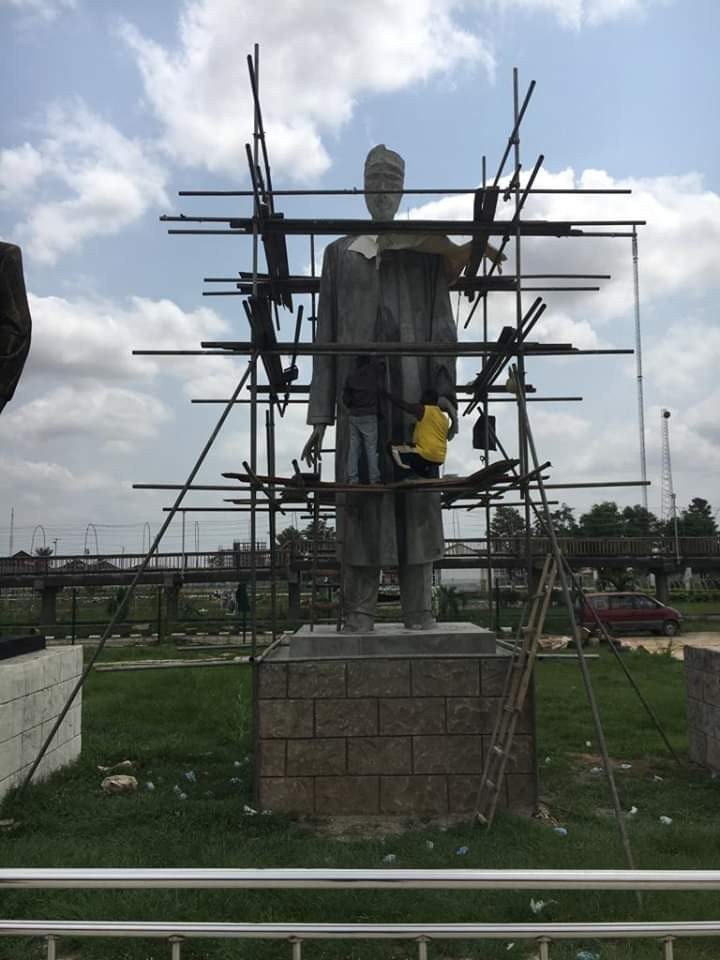 The Imo State Governor, Rochas Okorocha was on Thursday mocked by BBC News Igbo for erecting a President Muhammadu Buhari-like statue in Owerri, the state capital.

The News house which shared the photos on its Facebook page wondered if the Imo state governor was not tired of erecting statues.

The caption under the image that was posted translates, “It’s like Okorocha is not tired of erecting statues, who is he erecting for Imo people again?”

The Independent National Electoral Commission did not issue a Certificate of Return to Rochas Okorocha yesterday.

This is in respect to the Returning Officer for Imo West Senatorial District claiming that he declared him winner under duress. 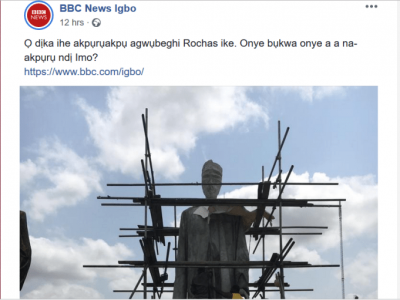 Loading...
Newer Post
Okorocha Reveals How He Will Be Presented With Certificate Of Return By INEC
Older Post
Atiku Meets With Former President Obasanjo For The First Time After Election