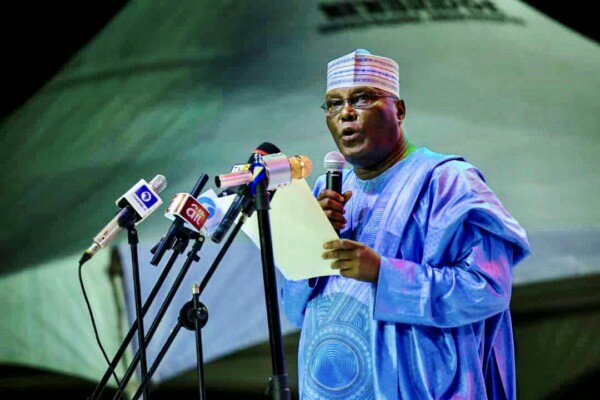 Former Vice President, Atiku Abubakar, on Friday reacted to the victory of the governorship candidate of the Peoples Democratic party in Adamawa State, Umaru Fintiri.

Recall that Hy Naija had reported that the governorship candidate of PDP, Umaru Fintiri won in the Adamawa Governorship election.

The Returning Office of INEC in the state, Prof. Andrew Haruna, who declared the result in Yola after the rerun election stated that Fintiri scored a total votes of 376,552 to beat his closest rival, Gov. Muhammadu Bindow, who scored 336,386 votes.

He revealed the Sen. Abdul-Azeez Nyako of the ADC came third after scoring 113,237 votes and was followed by Emmanuel Bello of SDP who scored 29,792 votes.

He said, “Congratulations to the man of our people, Governor-Elect Ahmadu Fintiri.”

“The hope that our people in Adamawa repose in you is well placed and I look forward to working with you to make our state great again.”