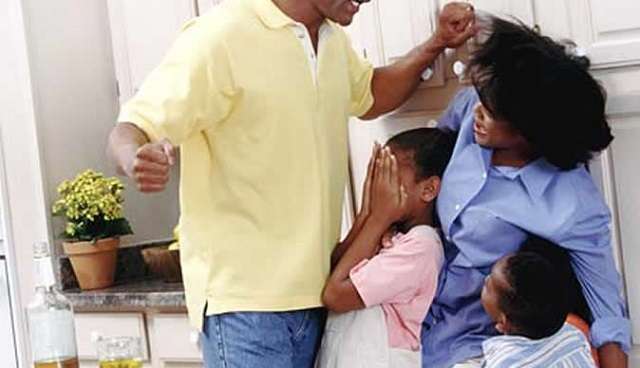 In 2009, there was a man who lived at Konshisha Street, Makurdi, Benue State, Nigeria with his wife.

They had no children at that time.

The man was always beating his wife for issues that many including me saw as not issues to even lead to that.

Even if the wife had committed enormous crimes, beating her won’t be an option.

There was a day he slapped the wife and seriously beat her up because she mistakenly hit his phone which fell and had a broken screen.

Since he was someone I knew, he always told me even without asking him how his wife messed up and he dealt with her.

The wife knew me through her husband and kept complaining how her husband doesn’t love her and beats her over little misunderstanding.

She told me how she lost her pregnancy twice because of the level at which the husband maltreated her.

I advised the man to take it easy with his wife that if he continues like that, things might get worse in future but my advice fell on deaf ears.

When the heat became unbearable for his wife, she packed her things in 2012 and left him to her family based in Gboko, Benue State.

This man was not even bothered. He married another wife in 2012 immediately after his first wife left.

There is an adage that says, “Maltreat a good woman and karma makes sure you end up with the bitch you deserve.”

This was exactly what happened to him. He ended up marrying a bitch: an Iron lady who dealt with him seriously.

In 2013 when I came to Makurdi from Jos, Plateau State, Nigeria, l saw his face disfigured with some scars on his face.

When I asked him what happened, that was when he narrated the whole story to me and bitterly regretted for maltreating the woman who truly loved him and ended up marrying a monster as his wife who tormented his life.

According to him, he one day beat her seriously for not cooking on time for him, and the woman reported him to her brothers who invited him to their family house as if they were going to settle things amicably.

But when he arrived, he was rather seriously beaten up by the wife’s brothers which led to the scar on his face.

He wanted to divorce her but the brothers of the wife whom he claimed were cultists warned him that if anything happens to their sister, he should consider himself a dead man.

Anytime I go to Makurdi and see him, he is always looking dejected and full of remorse for letting a very good woman go because of his negligence.

He is now living in bondage.

Sometimes as men we take for granted the female who really has our best interest at heart and love those who don’t.

This is a lesson to all husbands who maltreat their wives.

Please learn from this man’s experience before things will get worse for you.

A word is enough for the wise!!!