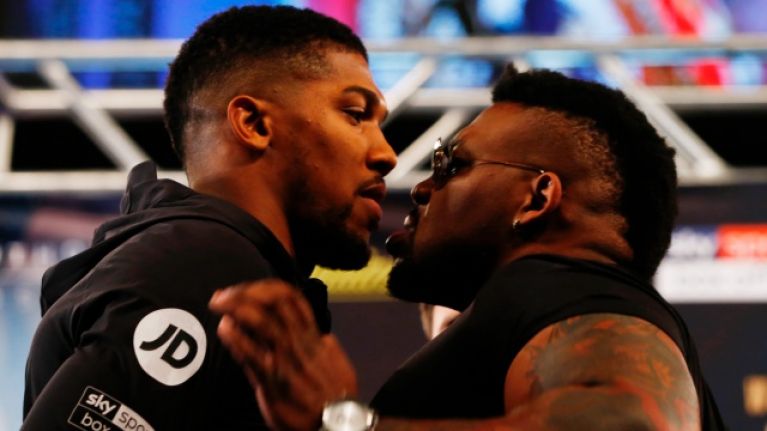 British professional boxer, Anthony Joshua, has broken silence after Jarrel Miller failed drug test, he said, he “does not deserve to be in a ring with me or any other heavyweight”.

Joshua in a video that was uploaded on Youtube on Monday took the opportunity to wish Miller the best in future.

He also stated that he would love to have a new opponent for the match which is expected to take place on June 1.

Joshua was expected to face Miller on June 1 but the match was cancelled after Miller failed the drug test.

“I don’t want to talk too much about the situation with Jarrell Miller, because it is not in my character to knock a man when he is down.”

“But there are a lot of things he has said previously, at press conferences and in the build-up – and I wanted to crack him in his jaw.”

“But I know when you are in a position, you have to lead by example, and I knew that was not the right thing to do.”

“But the lesson to learn is that karma works in various ways – what goes around will come back around.”

“I feel he has taken fate and his own blessings out of his own hands.”

“Cheats will get found out and hustlers and hard workers will always rise to the top.”

“Good luck to Jarrell Miller with whatever he does in his life – but he does not deserve to be in a ring with me or any other heavyweight right now.”

“I don’t know what the future holds, that is not up to me, that is up to the governing bodies but they will make the right call.”