Ancelotti Sure Of Defeating Arsenal In Stadio San Paolo 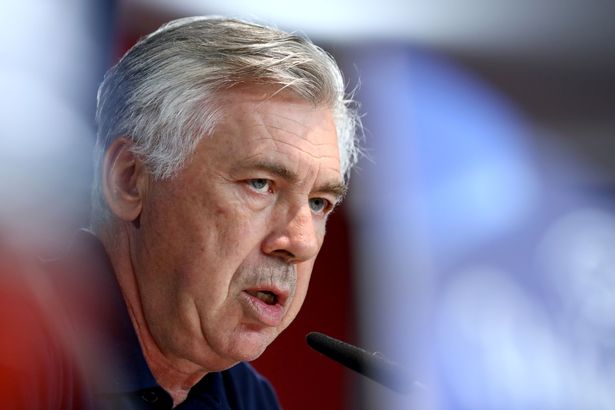 The manager of Napoli, Carlo Ancelotti, while reacting to Arsenal’s victory at Emirate stated that he is confident that his side will reach the semi-final of the Europa.

Arsenal defeated the Ancelotti’s men 2-0 with goals from Aaron Ramsey and an own goal from Kalidou Koulinaly.

Napoli has only been beaten by Napoli at the Stadio San Paolo in over a year. The Gunners this season has been having difficulties in their away games.

“Totally confident. We know our support and stadium and we will try to win with two goals.”

“We didn’t start the game well and the first half was not good. We had difficulties but second half was different to change. We have to try, we have 90 minutes again and we will do everything to try to move on.”

“It’s difficult to say, it was two different games. First half really bad, second really better. We have to focus on the second half we played and do 90 minutes in Napoli.”

“The goals we conceded were two mistakes. First a wrong pass, then the pressure we couldn’t control. We were worried at the start and paid with two goals but we have the possibility to change in the home game.”

“We could score one goal, but they put a lot of pressure and were dangerous. It’s 2-0 and we have to think about the next game,” Ancelotti told BT Sport.

Arsenal Joins The Race To Land Manchester United Midfielder, Herrera
Viera Speaks On Why He Wants Arsenal Out Of Europa League
EPL: Owen Hargreaves Speaks On Club That Will End In The Top Four
Rafael Benitez Speaks On Why Newcastle Lost Against Arsenal
Arsenal 11 Carlo Ancelotti 1 Napoli 3