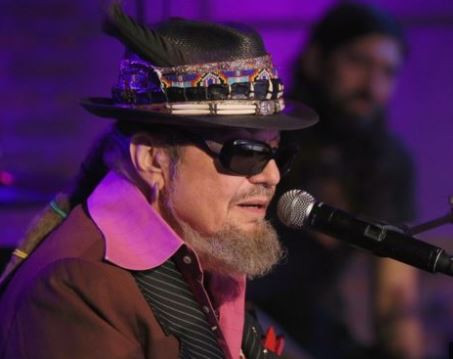 While alive, he combined the genres of blues, pop, jazz, boogie woogie and rock and roll.

A statement confirming his death read: “Towards the break of day June 6, iconic music legend Malcolm John Rebennack, Jr, known as Dr John, passed away of a heart attack. The family thanks all whom shared his unique musical journey & requests privacy at this time. Memorial arrangements will be announced in due course.”

He started his career in the 1950s as a pianist and singer on the New Orleans music scene. He later gained recognition as a solo performer with the release of his album Gris-Gris in 1968.

Nollywood Actor, Francis Odega Admits To Stabbing His Wife
Runtown Wins Legal Fight As Court Issues Restraining Order Against Eric Many
Ghanaian Actress, Ella Mensah Reveals What Easter Means To Her
Falz Talks About His Journey And His Love Life

Loading...
Newer Post
Do Not Allow Your Friends To Be Too Close To Your Husband
Older Post
PHOTO: Iyabo Ojo Presents Evidence Against Kemi Olunloyo Claim That She Was Never Married