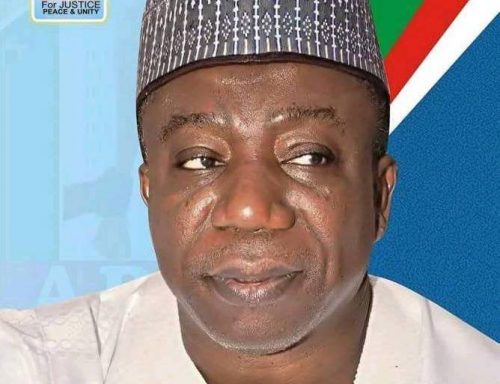 The former minister of FCT, Adamu Aliero who contested under the All Progressives Congress has been declared the winner of the Senatorial election in Kebbi Central.

The Returning officer stated that the Senatorial candidate of the Peoples Democratic Party came second with 75,638 votes.

The senatorial zone is made up of Aliero, Gwandu, Jega, Bunza, Koko/Besse, Kalgo, Birnin Kebbi and Maiyama Local Government Areas of Kebbi.

Per the Deaths of 100 Soldiers, President Buhari Must Break His Shameful Silence
EXPLAINER: How Bukola Saraki lost his appointment as the Ambassador-at-Large of the International Human Rights Commission
FG declared Tuesday, Wednesday as public holiday for Ramadan festival
Odumakin Speaks On Buhari Signing The New Minimum Wage
Adamu Aliero 1