10 Ways To Be The Perfect Girlfriend 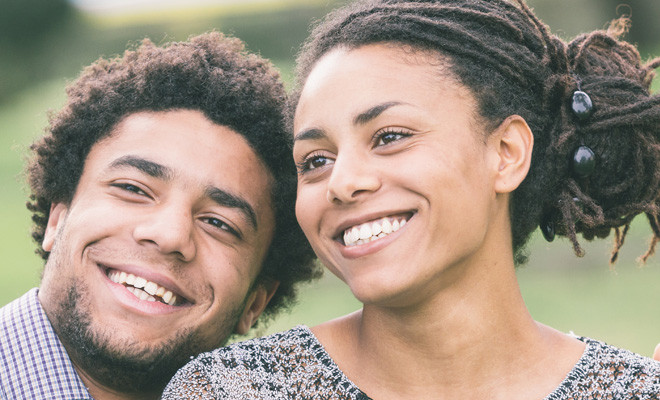 It takes two to tango, So does it take two understanding people to make a relationship work. Every man wants a woman that supports him and who can hangout with he and his friends. You don’t want to be the girlfriend that is never given attention or confused on how to get him crazy about you again. So here are some important tips to consider if you want him running into your arms, every single time.   #1. Show Him Love: This is definitely the first step to owning that spot in his heart. Love him like he’s the only guy in the world. Make him feel special and happy. Let him know and feel that he’s the king of your heart and no one can replace him. He likes the fact that you’re crazy about him so show him by giving him those tender kisses, hugs, smooches, and say “I love you” when there’s a chance. #2. Don’t Be Too Possessive: Its cute to get jealous at times and make him feel like you don’t want to loose him to anyone but when you start checking his messages and contact list, that can be a big turn off. Your man does’nt want to feel like he is being monitored or watched. Have some trust him and let him feel that he has got a confident woman not an insecure girl. #3. Just Be Yourself: Don’t try to be like a supermodel or Beyonce because he likes her music or has a few photos of her on his phone or change the way you laugh or act because you want to impress him. Men notice all that but its not going to change a thing because he loves you for who you are and that is the reason he asked you out in the first place. Look good for him, stay fresh and as beautiful as you were when you just met . So be free to laugh loud and act silly around him, he likes it. #4. Care For Him: Let him know that you are always going to be there for him through thick and thin not just by saying it but your actions should correspond. Ask him about his family especially the brother or sister that he is really attached to. Talk about work and what business venture he plans to dive into. Be the caring girlfriend that wants to know if he has had lunch,dinner, how healthy he is eating. You can also put in some efforts by cooking for him or preparing something special and bringing it to him. The path to a man’s heart is through his belly so cook well for him. #5. Give Him Space: Yes ladies, give your man some space! You don’t want him feeling all chocked up around you. Let him have some time to hangout with his friends and do some exciting thing except he invites you, best time to hangout with your friends too. Don’t be a clinch or the girlfriend that is there 24/7. Let him miss you a little and think about you then give you a call. #6. Be Independent: Don’t be the girl who runs to her man at every little problem, try to fix things yourself. At the beginning of the relationship he might find it cute that you see him worthy enough to help out but if you keep calling on him, he might begin to find it irritating so don’t push it ladies. Pay your own bills if you can, fix that broken tap or call a plumber. Don’t stress him out or be that needy chick, he can start to think twice about you. #7. Never Compare Him To Your Ex’s: He might not be hottest or the richest but he’s willing to do everything in his power to please you and make you happy. So acknowledge the fact that he’s putting in effort and make him feel appreciated. Don’t complain when that favour you requested for isn’t forthcoming or make spiteful comments about he not measuring up to your ex. That can hurt his pride so instead just be supportive and give him the energy he requires emotionally. #8. Communicate With Him: Let him know what’s going on in your life and what your fears are, he’s listening! A problem shared is half solved so confide in him and he will do the same. He’s not a magician and cannot read your mind so don’t be shy to open up to him about work, the girl you’re having problems with, your family. Let him be your friend not just your lover. There should always be something to talk about but when there’s nothing, just cherish the silence and cuddle. #9. Stay Loyal: Chris Brown thinks we ain’t, prove him wrong! BE LOYAL. Don’t be the chick that flirts with her man’s friends or keeps secrets, he might start to have reasons to doubt your loyalty. Let him know he’s the only one and you’re as committed as he is in the relationship. Be honest and never leave anything unsaid concerning your feelings or changes you’re starting to see that you don’t like. #10. Be Positive: Learn to see the best in him and give compliments when he does something right or when he’s looking his best. Try to embrace him and let him know that you liked it when he helped with the dishes or helped to carry your bag. Don’t be negative or start silly arguments, that’s a total turnoff! When you focus on the negative, all you”ll see is negativity. Be the backbone he needs and not the bone in his throat. CREDIT: gidiurban.com